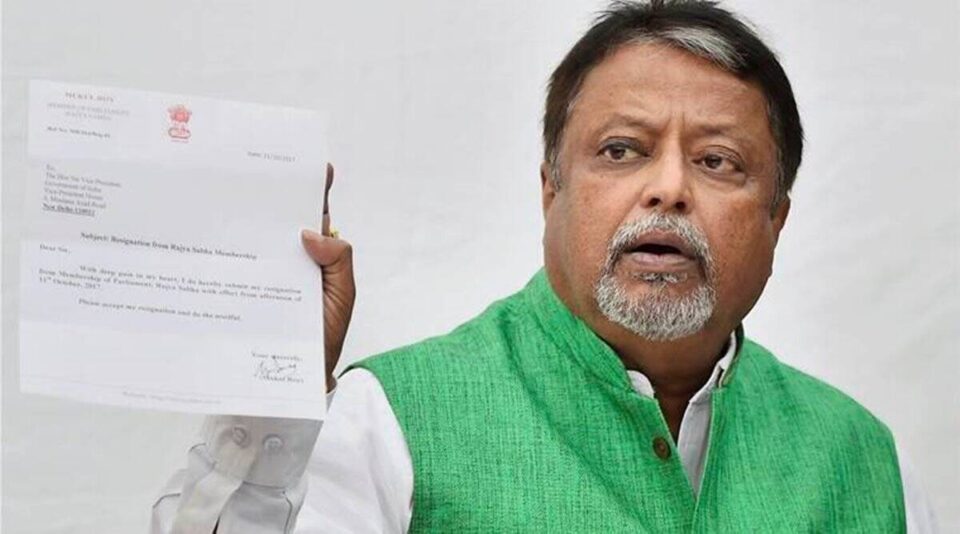 West Bengal : Mukul Roy on Monday resigned as the chairman of the Public Accounts Committee (PAC) after a long tussle. Along with this, the discussion about who will be the chairman of the new PAC has also intensified. On the other hand, opposition parties have started targeting the state government and Assembly Speaker Viman Banerjee over Roy.

Now the question arises that why did Mukul resign from the post of chairman of the said committee, whereas a few days ago the Speaker of the Assembly had extended the term of the PAC committee and the tenure of Mukul Roy as its chairman for one year. Has he resigned at the behest of Chief Minister Mamata Banerjee or because of the fear of CBI. There is an allegation against Mukul of being involved in the Narada bribery scandal and this is being investigated by the CBI.

Trinamool spokesperson Kunal Ghosh claims that Mukul Roy has resigned from the chairmanship of PAC due to ill health. But sources claim that Mukul is afraid that the BJP government at the Center, angry with him, should not open his file by asking CBI.

Mukul Roy left the BJP after the assembly elections, he joined Trinamool.
returned to Congress. Leader of Opposition Shubhendu Adhikari in gift
He was made the chairman of the said committee, bypassing it. Its
Since then, under the anti-defection law of the BJP
The MLA is demanding cancellation of the post. BJP about this
The dispute between the Speaker and the Speaker continued. of high court
After interfering, the Speaker of the Assembly also called Roy for the second time.
The MLA refused to cancel the post. He told Roy
Decided to be in BJP itself.
Who will be the new chairman of PAC – Shamik Bhattacharya

State BJP chief spokesperson Shamik Bhattacharya said that the state
The government does not believe in the constitution and democracy. came to hear
It is learned that Mukul has resigned from the post of Chairman of PAC.

The government should tell who has been appointed on the said vacant post.
Will go
Don’t know what’s the chief minister’s game behind this – Impatient
State Congress President Adhir Ranjan Chowdhury said that I do not
Know which party Mukul Roy is in. Is he in Trinamool now?
are in BJP. Don’t know the Chief Minister called Mukul as the Chairman of PAC
Why did you resign from the post? What is their game behind this?
Now Mukul Roy seems to have become a burden for him.

Why was it cancelled? Mukul’s resignation made it clear that

Speaker of the Assembly is not in the appointment of the chairman of PAC
moves.
Mukul was appointed Vaidya – Tapas Roy
Trinamool Congress spokesperson Tapas Roy said that the state
By following all the rules of the assembly, Mukul Roy
was appointed as the Chairman of the PAC. me roy’s
Can’t believe the resignation. if he resigned
If so, of course they must have some personal reasons.

Trinamool spokesperson Kunal Ghosh said that Mukul Roy had taken ill.
Resigned from the post of chairman of PAC due to poor
Is. He said that Roy is in the BJP. water when thirsty
To drink, he was in a Trinamool office for a while.
had gone.