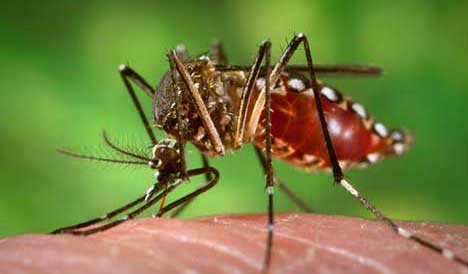 Mumbai : The increase in dengue cases in Maharashtra’s Mumbai and Pune has raised concerns. Every year the state experiences an increase in diseases like dengue and malaria along with the rains. Along with this, cases of swine flu have also increased in Kolhapur district. Pune has reported the maximum number of dengue cases.

58 per cent of the cases have been reported from the regional offices of Pune’s Nagar Road, Aundh-Baner, Hadapsar and Sinhagad Road. This information has come out from the health department. In the last 26 days, 52 cases of dengue have been reported in 16 regional offices of the city. Pune has reported 195 dengue cases within seven months from January 1 to July 25. While the cases of swine flu have increased in Kolhapur.

It may be noted that in the last one week, 154 cases of Malaria, 17 of Dengue, 23 of Lepto, 51 of Swine Flu and 184 of Gastro have been reported in Mumbai. Diseases like ‘H1N1’ 62 gastro, typhoid, cholera, jaundice are caused due to contaminated water. Dengue cases have also increased in Pimpri-Chinchwad.

Talking about Pimpri-Chinchwad, 297 suspects and 17 patients of dengue were reported. But in July it has seen an increase. 256 suspects of dengue of just 14 days and 16 have been found infected. The Municipal Corporation has appealed to the people to take care that water does not stagnate in the area of ​​the house or office.

FIR lodged against Ranveer Singh for nude photoshoot in 67A, the sword of arrest hanging