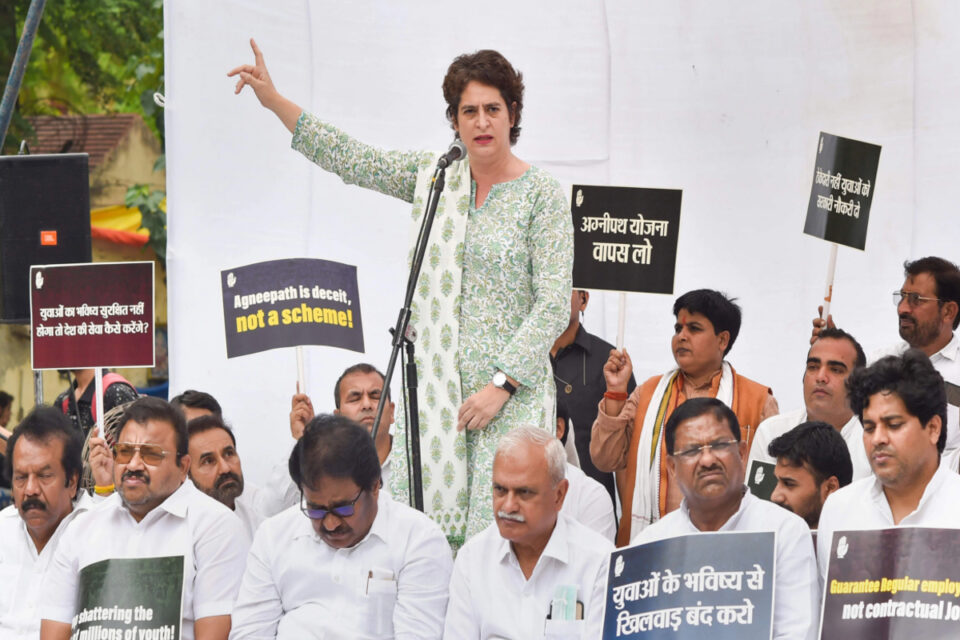 Agneepath scheme : Congress has intensified the attack against the central government’s new army recruitment Agneepath scheme. Congress is going to hold satyagraha in all the assembly constituencies of the country today against this plan. The opposition party says that with this new scheme of the Modi government’s army, it is playing with the future of the youth.

There is a demand to withdraw the Tughlaqi decree to implement the Agneepath scheme across the country. Party workers will take out a peaceful padyatra and submit a memorandum addressed to the President to the competent authorities. At the same time, strict security arrangements have been made by the administration.

‘Satyagraha’ in all assembly constituencies

All the opposition parties are opposing the new army recruitment Agneepath scheme. Congress is also continuously protesting. After participating in the protest in Delhi, now the party office-bearer in the district is also going to hold a satyagraha in protest against the plan. Congress party leaders will hold satyagraha in all the assembly constituencies on Monday and appeal to the government to withdraw the scheme.

Agneepath scheme to be withdrawn immediately

The Congress has been strongly opposing the Agneepath scheme started by the central government in army recruitment since day one. 20 senior Congress leaders and spokespersons, including Pawan Khera in West Bengal, Ajay Maken in Lucknow, Supriya Srinet in Mumbai and Gaurav Gogoi in Chennai, addressed press conferences in several cities.

The conference was titled ‘Agneepath Ki Baat: Betrayal of Youth’. They have demanded immediate withdrawal of the Agneepath scheme, citing threat to national security and discontent among the youth.

Plan crisis for the future of youth

Congress District President of Amethi district of UP, Pradeep Singhal said that on the instructions of the top leadership, all the assembly constituencies including the district headquarters will protest against the Aginpath scheme. Singhal said that this scheme is a crisis for the future of the youth. Congress party is the party that builds and saves the country. We will all do satyagraha in Gandhian way and try to wake up the government.