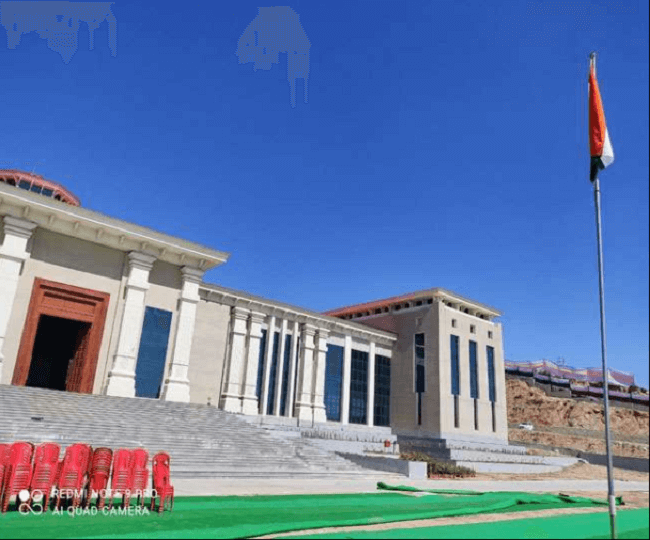 The budget session of the Legislative Assembly could not be held during the summer in Gairsain, the summer capital of Uttarakhand. Earlier, the assembly session was to be held in Gairsain from June 7, 2022, but its date was changed on the pretext of Chardham Yatra and it was organized in Dehradun from June 14. It was then argued that due to reasons like Char Dham Yatra, Rajya Sabha elections, weather, the demand for extending the date of the budget session or organizing it in Dehradun itself was being raised by the MLAs. Now the role of organizing the winter session in Dehradun has started binding. The exercise has started for the upcoming session of the assembly. The session is to be held before December 16. In this episode, Assembly Speaker Ritu Khanduri Bhushan also called an all-party meeting and discussed the date and place of the session. It is believed that the session can be held anytime after November 15. There are now indications regarding its location that the session will be held in Dehradun. Because the role has been started for this.

Two MLAs advocated the session in Doon
In the official press note, it has been said that two MLAs have advocated for holding the winter session of the assembly in Dehradun. It has been told that Khanpur MLA Umesh Kumar and Laksar MLA Shahzad have written a letter to Chief Minister Pushkar Singh Dhami requesting to organize the upcoming winter session of the Vidhan Sabha in Dehradun. Khanpur MLA Umesh Kumar, in his letter sent on November 1, 2022, has requested Chief Minister Dhami to hold the summer assembly session in Gairsain and winter assembly session in Dehradun keeping in view the sentiments of the common man in Uttarakhand.
Similarly, Laksar MLA Shahzad, in his letter sent on November 1, 2022, has urged Chief Minister Pushkar Singh Dhami to organize the winter session of the Vidhan Sabha in Dehradun itself due to excessive hail, rain and continuous snowfall in Gairsain. However, according to the weather in winter, it is considered better to hold the assembly session in Doon itself.
At the same time, the arguments given for not holding the session in Gairsain in summer are not accepted. Because Chardham Yatra is conducted every summer. In such a situation, the decision to hold the session in Dehradun instead of Gairsain during the journey was beyond comprehension. At the same time, there is also a question that if the assembly session is not to be held in Gairsain, then why has the money been wasted by creating infrastructure in the name of the assembly. Or else the government is interested in organizing the assembly session in Gairsain only during the election year.