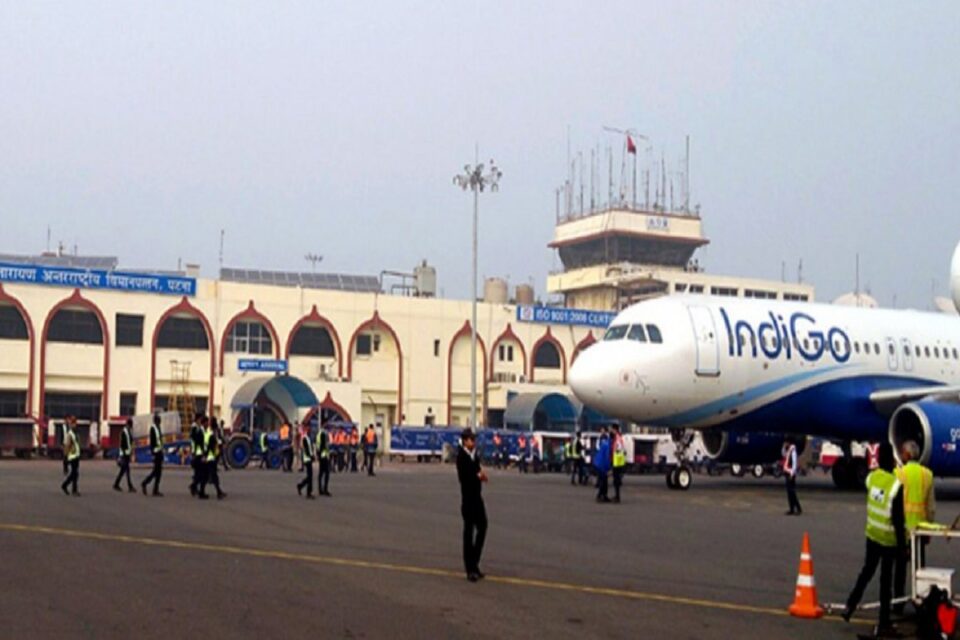 Patna : A major accident has happened at the airport located in Patna, the capital of Bihar. Two people died in this accident. While one broke his spine. He has been admitted to the hospital for treatment.

According to the information received, a large iron structure collapsed during the construction work of a part of the elevated road of the terminal building under construction at Jayaprakash Narayan International Airport in Patna. Due to being buried under it, two laborers died painfully on the spot.

It is being told that when the iron structure collapsed, many laborers were injured after being hit by it. Out of which two died. The incident took place when the work of tying the beam at a high height was being done on the elevated road being built next to the existing exit gate of the airport. In the meantime, the bar tied to make a beam over the pillar suddenly bent over the centering and fell unbalanced on the workers working below.

The three laborers were completely buried due to the heavy bar. During the accident, two laborers Rakesh and Rajan died on the spot while Ajay, a laborer, was sent to the hospital in critical condition. The deceased Rakesh and Rajan have been identified as residents of Gidarpur village of Hulasganj in Jehanabad. While the injured laborer Ajay has broken his spine in the incident. He has been admitted to a private hospital on Bailey Road.

The information about the accident has been given to the relatives of the deceased. Since then there has been mourning in Hulasganj of Jehanabad. At the same time, the airport management has come to the rescue on the information of the incident. Many laborers working there say that the work is being done by putting their lives at risk, but the contractors of the construction agency do not take care of the security arrangements. There is anger among the workers working because of this.

Trees uprooted at many places in Delhi-NCR due to storm and rain, airlines affected