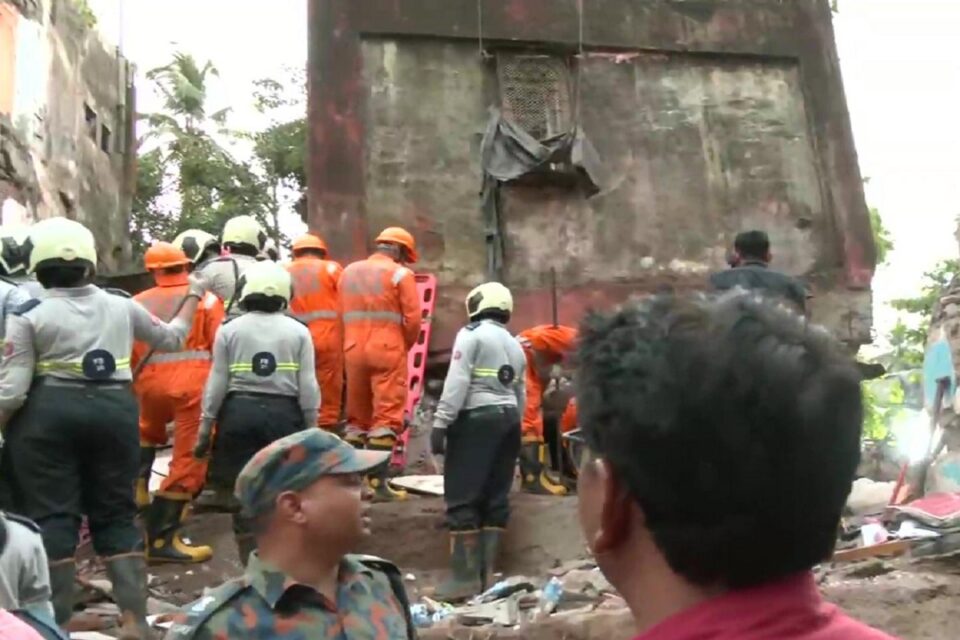 Mumbai : A four-storey building has collapsed in Naik Nagar, Kurla, Mumbai. It is being told that the accident happened late on Monday night. One has died in this accident. Also 12 people have been evacuated safely. Relief work is going on at the spot. More people are feared trapped under the debris.

On this whole incident, fire brigade officer Sanjay Manjrekar said that this building has collapsed at around 12 o’clock. After getting information some of our officers came to the spot and they rescued 3 people. Of the rescued people, 1 person said that 25-30 people could be trapped in the building. He said that we have evacuated 12 people safely.

Manjrekar said that we see five people trapped inside. The work to save them has begun. He said that we feel that this rescue operation will take at least a day.

On this accident, NDRF Deputy Commandant Ashish Kumar said that 1 more person has been saved alive in the accident. Rescue operation is on.

On getting information about this accident, Maharashtra Minister Aaditya Thackeray also reached the spot and took stock of the situation. He has also directed to speed up the rescue operation. He said notices had been issued to all the four buildings. Despite this, people were living here. Aditya said that the priority is to save everyone.