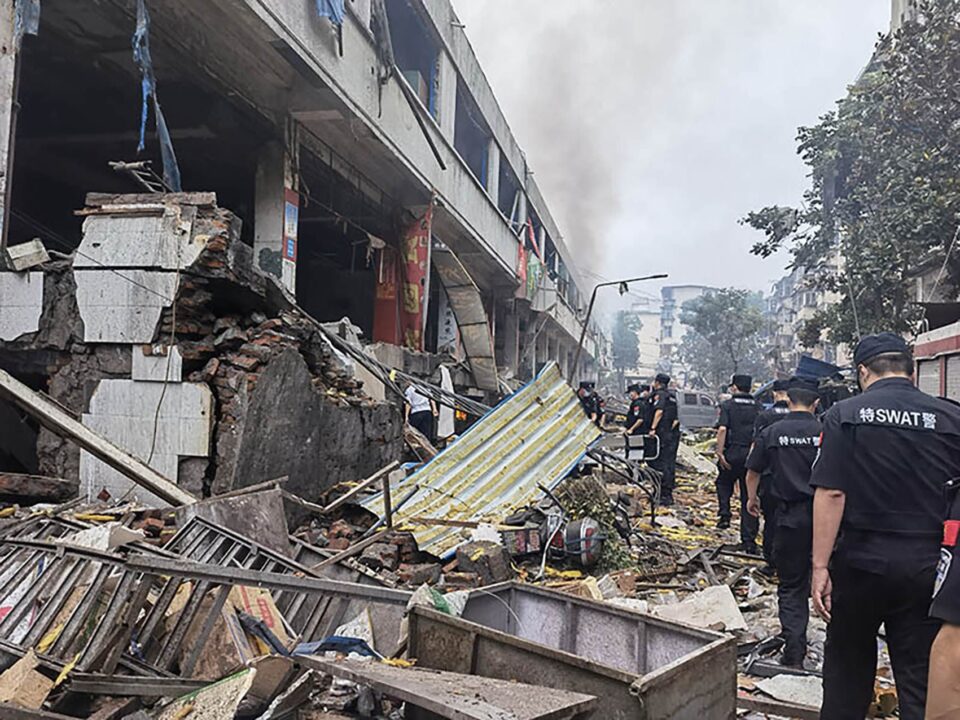 On Friday, a major explosion occurred at noon in the cafeteria of an office in southwest China’s Chongqing city. 16 people died in this explosion while 10 people were seriously injured. The explosion was caused by a gas leak that collapsed the cafeteria itself and trapped many people inside.

16 people were killed and 10 injured in an afternoon explosion at an office cafeteria in southwest China on Friday, officials say, according to Chinese media CGTN-TV. The reason behind this is said to be a gas leak, in which many people were trapped inside, who were rescued till late night during the relief work.

The explosion took place in the sub-district office of Chongqing municipality in Wulong district, in which 27 people were trapped. 13 people were pulled out of the rubble, three of whom died during rescue efforts. The municipal department said the accident was caused by a gas leak at 12:10 pm local time, which caused the explosion and the building of the canteen (Building Collapse in China).

The cause of the explosion will be investigated

China’s state-run Xinhua News Agency said rescue workers searched for 14 other people buried under the rubble late in the night. According to eyewitnesses, people were having food in the canteen when the blast took place.

According to Chinese media, more than 150 firefighters and rescue workers rushed to the scene and started evacuating people from the rubble. At present, there is a possibility of a gas leak, the investigation of which has been started.