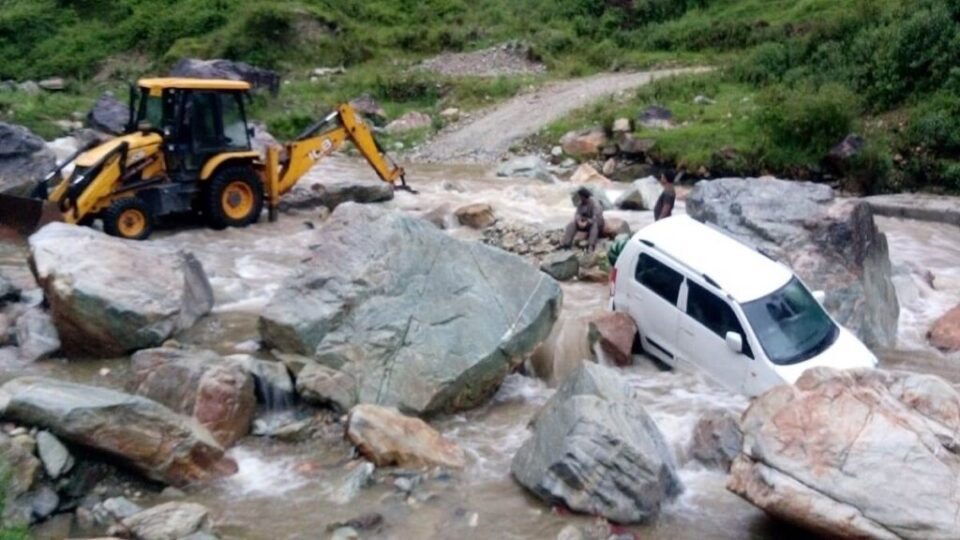 Haldwani : In Garud tehsil of Bageshwar, the drain was in spate on Friday night due to rain. Due to non-construction of a bridge over it, car number UK 02 A 1099 got swept away for 150 meters in a strong current in the road of Reuni Lakhmar while crossing the drain.

Driver Mahesh Singh Negi, son of Diwan Singh resident Riyuni Lakhmar and Harish Ram son of Khim Ram resident Riyuni Lakhmar were washed away in the strong current for a hundred meters. He has suffered minor injuries. Had the car not been stuck in the boulder, it could have been an accident. Efforts are being made to remove the car through bulldozer. Bageshwar: It has been raining heavily in the district since yesterday. The rivers and streams are in spate. Traffic was disrupted on 10 roads due to debris.

Due to which the connectivity of rural areas has been cut off. Here, District Disaster Officer Shikha Suyal told that the work of opening the closed roads is going on on a war footing. At the same time, due to the accumulation of silt in the river, the shortage of water in the city has increased.