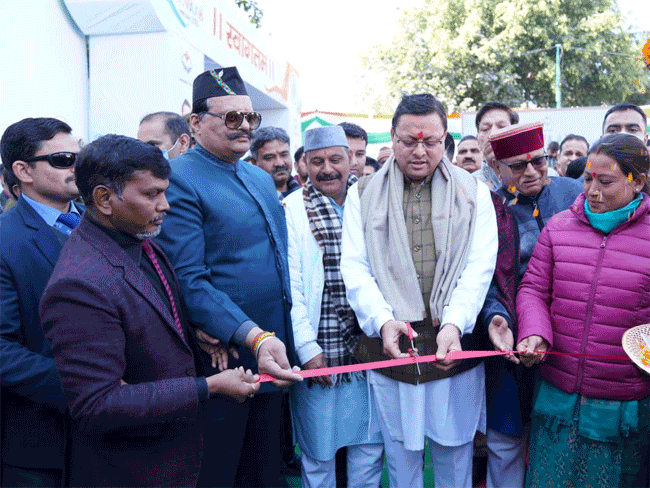 Uttarakhand Chief Minister Pushkar Singh Dhami inaugurated the State Level Youth Festival 2023 at Parade Ground Dehradun on Wednesday. On this occasion, the Chief Minister announced that on January 12, the birth anniversary of Swami Vivekananda, youth day will be celebrated at the state and district level like the Government of India. The incentive amount given to youth and women’s mangal parties from the district plan will be increased from Rs.04 thousand to Rs.05 thousand.

There have been conflicts over issues from time to time. Parishad workers like you have been doing the work of inculcating the spirit of nationalism within the students in schools, colleges and universities and making the slogan of Bharat Mata ki Jai on the lips of every student. 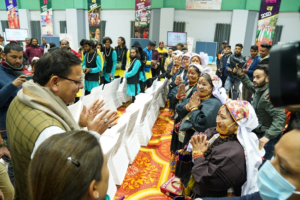 Chief Minister Pushkar Singh Dhami said that under the leadership of Prime Minister Narendra Modi, while on one hand young India is leading the whole world in every field, on the other hand the whole world is eager to benefit from the potential of India’s youth power. In such times the role of youth becomes more important. All the youth should come forward and ensure their valuable contribution in the development of the country for the creation of Prime Minister’s “Ek Bharat-Shreshth Bharat”. 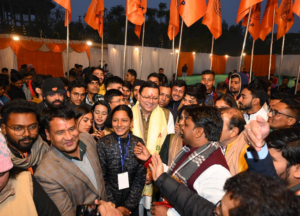 He said, I also assure all of you that I am working day and night with full energy to fulfill the responsibility entrusted to me by you to serve the state and with your cooperation, I will perform my duties in the same way. Will keep trying to do it. Under the leadership of Prime Minister Narendra Modi, the work of connecting the youth of the country with employment is being done continuously. The state government is also doing the work of providing employment to the youth by recruiting them on vacant posts in various departments, while 7000 recruitments are being done through UKPSC if irregularities are found in the examinations. He said that the biggest capital of any person is his education. The state government has ensured that the upcoming examinations will be conducted with complete transparency.

Chief Minister Pushkar Singh Dhami said that it is the responsibility of all of us to fulfill the resolution with which the state government is moving forward with its “unchosen resolution” to make Uttarakhand the best state in the country by the year 2025. He said that along with social work, all of us should also pay special attention to our studies. Time is valuable. The time of student life cannot come back in our life again. The hard work done today will take us to great heights in the future. Every moment should be used. 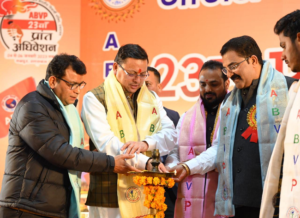 He said that our Prime Minister Narendra Modi is a living example of how he dedicates his life to the country and the society. After completing all the rites after the death of his mother, he got engaged in national work. Prime Minister Narendra Modi has performed the dharma of serving the nation and the dharma of his son very well. On this occasion, MLA Shiv Arora, Mayor Rampal Singh, National General Secretary of Akhil Bharatiya Vidyarthi Parishad Yagyavalkya Shukla, State President Dr. Mamta Singh, State Minister Ritanshu Kandari, Harish Munjal, BJP District President Gunjan Sukhija, MLA Suresh Gadhia, Kamal Jindal, State Minister Vikas Sharma, Anil Dabboo, Amit Pandey, Nandan Singh Khadayat, Bharat Bhushan Chugh, and others were present.