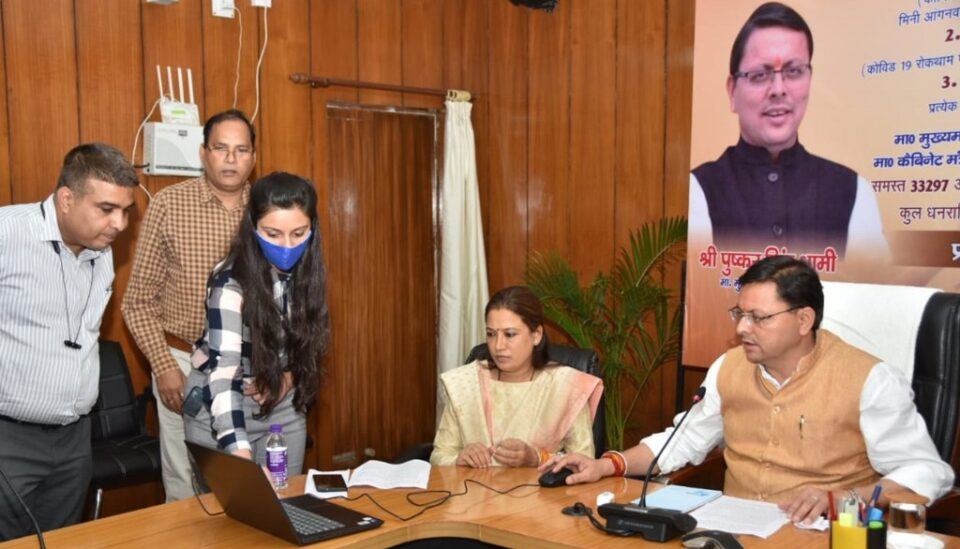 Chief Minister Pushkar Singh Dhami said that the sisters of Anganwadi worked risking their lives during Kovid-19. They are being rewarded for commendable work during Kovid. He said that soon a big decision would be taken for the interests of Anganwadi workers. The Chief Minister said that 100 days ago, I got the responsibility of Chief Servant of the State. More than 300 important decisions were taken in these 100 days. Continuous efforts are being made to ensure that the benefits of government schemes reach the last line people. The target has been given by Prime Minister Narendra Modi to make Uttarakhand a leading state in every field by 2025. For this every effort will be made by the state government.

Women Empowerment and Child Development Minister Smt. Rekha Arya said that Chief Minister Pushkar Singh Dhami has fulfilled the promise made with his sisters. Today money is being sent to the account of Anganwadi sisters through DBT. Many works are being done by the state government in the direction of women empowerment and child development.

The bus that took the procession from Laldhang in Haridwar fell into a ditch near Simdi village of Dhumkot, 28 killed, more than a dozen injured