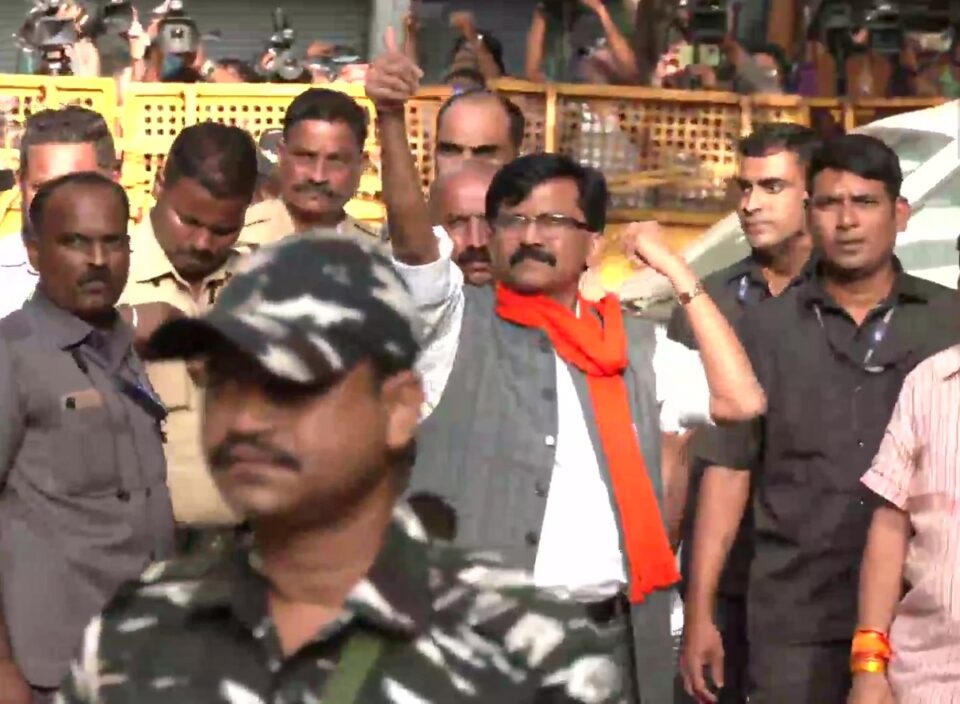 Mumbai : Since the arrest of Shiv Sena’s Rajya Sabha MP Sanjay Raut in the money laundering case, the political temperature of the country including Maharashtra has heated up. Congress has supported Sanjay Raut. Congress MP Adhir Ranjan Chowdhury said that we are with you. On the other hand, Congress MP Mallikarjun Kharge has targeted the Center. He said that this government wants to suppress the opposition.

On the arrest of Sanjay Raut, Mallikarjun Kharge said in Delhi that this government wants to suppress the opposition, if there is a property issue, then there is a law for it and take action under it, not going to his house and interrogating him for 6 hours, all this is harassment and Talks are on to eliminate the opposition.

He said that he wants Parliament to be opposition free so he is doing so but Sanjay Raut will fight legally and he will say whatever he has to say. Earlier, Adhir Ranjan Chowdhury has tweeted in support of Shiv Sena MP Sanjay Raut. He described Raut as a man of strong faith and courage. He also said that Raut has committed only one crime that he has not bowed down to the politics of intimidation and intimidation of the Bharatiya Janata Party.

ED seized Rs 11.5 lakh from Raut’s house, then he was arrested at 12 o’clock in the night

It may be noted that earlier the ED had conducted a search operation for about 9 hours at the Mumbai house of Sanjay Raut in the Patra Chawl scam case of Mumbai. The ED has also seized Rs 11.5 lakh from Raut’s house during the same period. After this, Raut was taken into custody on Sunday evening. Then he was arrested at 12 o’clock in the night.

Sanjay’s brother claimed, this is a fake case

On the other hand, Sanjay Raut’s brother has claimed that this is a fake case. They say that ED has no evidence to link Sanjay Raut with Patra Chawl. He says that the money that the ED got from the house was for the visit of Shiv Sainiks to Ayodhya.