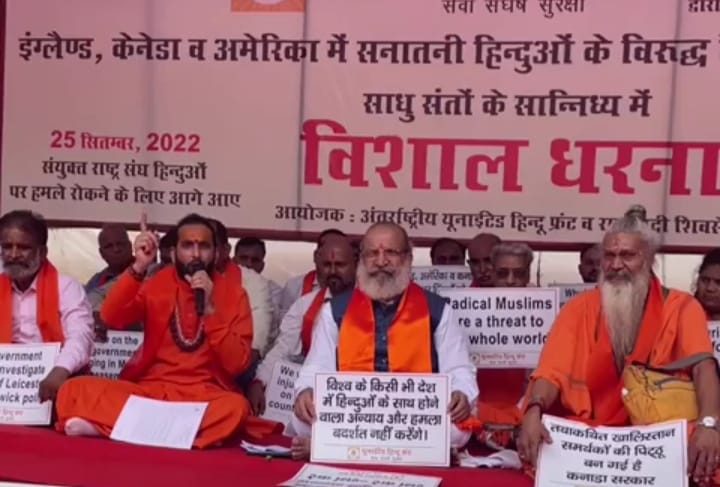 The same Anil Krishna Ji Maharaj said that if Hindus are abused and exploited anywhere in the whole world or Hindus are harassed in any way, then Rashtriya Hindu Defense Army cannot tolerate at all. The Rashtriya Hindu Raksha Sena always works for the national interest and the interest of the Hindus and will continue to do so and the anti-national and jihadi types of insects that are falling will not be allowed to flourish at all. There is still a chance for the insects to improve, otherwise they will be accused very wrongly, saying so much of persecuting Hindus, a memorandum was also sent to the United Nations, demanding to take cognizance of the attacks on Hindus.