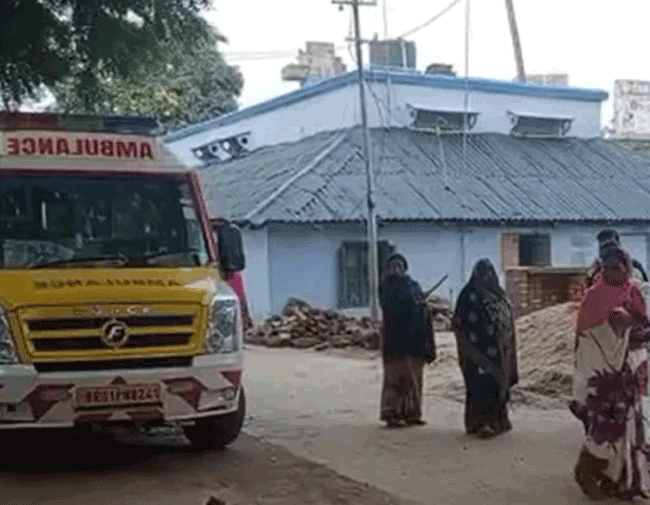 Fruit seller near Adarsh ​​Society of Nawada Nagar, Bihar ate poison along with family members due to financial constraints. Five members of the family, including the fruit seller, have died in this incident. A daughter is battling for life and death. It is being told that Kedar Prasad Gupta, a Phil seller, consumed poison along with 6 members of his family. Kedarnath Gupta, wife Anita Devi, two daughters Shabnam Kumari, Gudiya Kumari and son Prince Kumar died in this incident. Daughter Sakshi Kumari is battling for life and death. It is said that Kedarnath Gupta was originally a resident of Rajauli and lived in New Area Nawada and used to run a fruit shop in Vijay Bazar. When the people around came to know about their poisoning, all the members were taken to the hospital. Many of them broke down on the way. The only survivor is a girl undergoing treatment.

According to Nawada police, Kedarnath Gupta was originally a resident of Rajauli. For some time, he started doing business with his family in Nawada. He had taken loan from some people for business. The debt and interest kept rising and they were not able to repay it. They were harassing him by pressurizing him to pay the money. Not only Gupta but the entire family was being harassed. Police say that probably for this reason the entire family took the step of mass suicide.

Daughter Sakshi Kumari, a surviving member of the family, told that her father had taken a loan. He was in a lot of depression about repaying the loan. The creditors used to harass the father. Used to ask for money. Threatened. Unable to repay the debt, the father decided to eat poison along with all the family members. At present, the post-mortem of the dead is being done. The victim Sakshi is undergoing treatment at Nawada Sadar Hospital. The police is investigating the matter Sakshi has also given the names of some people who were harassing her father for money.