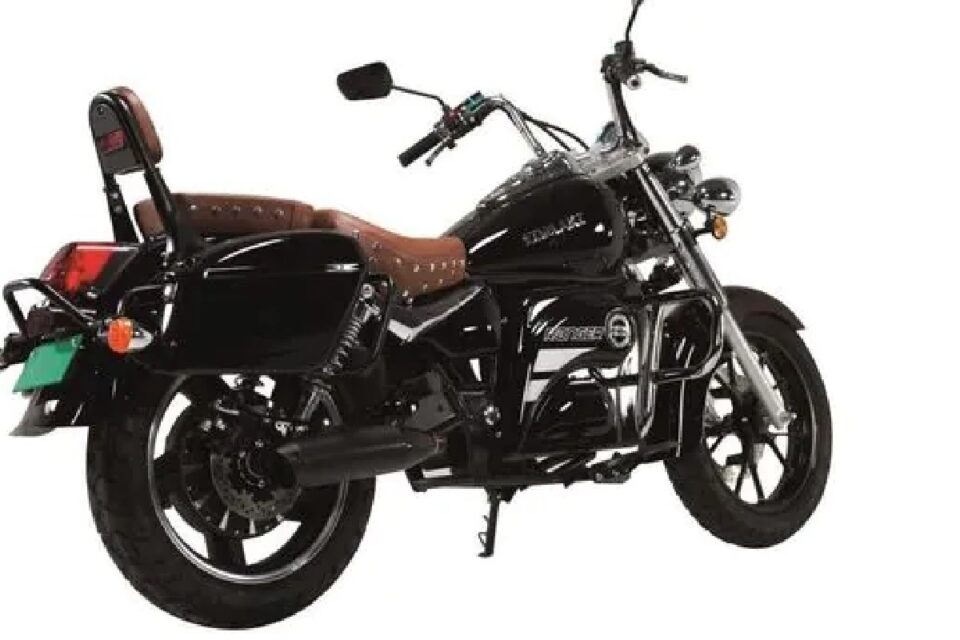 In the Indian electric motorcycle market, Komaki Electric has officially launched the country’s first electric cruiser bike Ranger, equipped with very attractive styling, this bike has been priced at 1.68 lakh (ex-showroom). Let us tell you, these price accessories are true. The Ranger electric bike will be made available across all the company’s dealerships from January 26 and has been introduced in three different color schemes – Garnet Red, Deep Blue and Jet Black.

The Ranger electric cruiser bike is equipped with a 4,000-watt motor with a 4 kW battery pack, which is the largest of any two-wheeler in the country so far. With this motor, the Ranger is capable of delivering a range of 180-220 kms on a single charge. On the other hand, Komaki has equipped the Ranger with Bluetooth sound system, side stand sensor, cruise control feature, anti-theft lock system and a dual storage box as features.

Along with the Ranger electric motorcycle, Komaki has also launched the Venice electric scooter for Rs 1.15 lakh. Which is equipped with comfortable position and iconic looks. The scooter is equipped with a 3kw motor and 2.9kw battery pack, and will be offered in nine different color options in the market. On the other hand, the scooter has been launched as features with a self-diagnosis system, mobile charging point, reverse assist, additional storage box and full body guard.

In terms of design, the Komaki Ranger gets bigger grosser wheels and chrome exteriors, which are equipped with a distinctive cruiser design. Along with this, the motorcycle gets retro-themed round LED headlamps equipped with chrome, while dual chrome-equipped round-shaped auxiliary lamps have been given, along with this the headlamp is surrounded by retro-themed side indicators. On the other hand, this electric motorbike’s raked wide handlebar, single-pod instrument cluster, shine chrome treated display on the fuel tank are some of the design elements that make it special.

Schools closed in Corona and taught in children’s courtyard, 36 teachers will be honored on Republic Day, selected from all three blocks