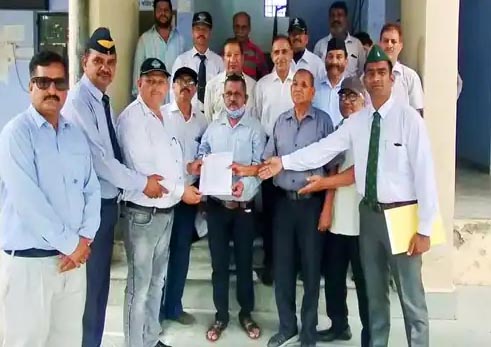 Vikas Nagar : The Ex-Servicemen Welfare Association (PBOR) Vikasnagar sent its suggestions through the Tehsil administration on Monday in a series of suggestions sought by the Chief Minister for the Agneepath scheme.

The ex-servicemen have requested the state government to send their suggestions to the Defense Ministry. Retired Havildar Suresh Nautiyal, representative of PBOR, said that the scheme of the Central Government is useful for the security of the country as well as the youth. The youth will join the Indian Army with renewed vigor and enthusiasm.

After retiring after four years of service, he will follow the discipline found in the army in the society with new energy to beautify his own future as well as the future of the society. Said that the Agneepath scheme would have a far-reaching positive impact on the Army. There will be savings in the army budget, which will be used to make the Indian army the best army in the world.

The army will be able to get enough budget to buy new weapons and state-of-the-art equipment. He said that the youth are not opposing the Agneepath scheme of the central government. Some people are trying to fuel the protest. There is enthusiasm among the youth to serve in the army for four years. On retirement, the Government of India is giving respectable amount to the youth along with other facilities. It also includes reservation in central and state government services. He said that this scheme will prove useful for the Indian Army and the youth of India.

The amount of 11 lakh announced by the government should be increased to 20 lakh.

Agniveer training should be given to every eligible youth of the country.

Agniveer’s eligibility should be made mandatory for government jobs.

Relation recruitment of ex-servicemen should not be stopped

Central and state governments should issue mandates for the reservation given to Agniveer.