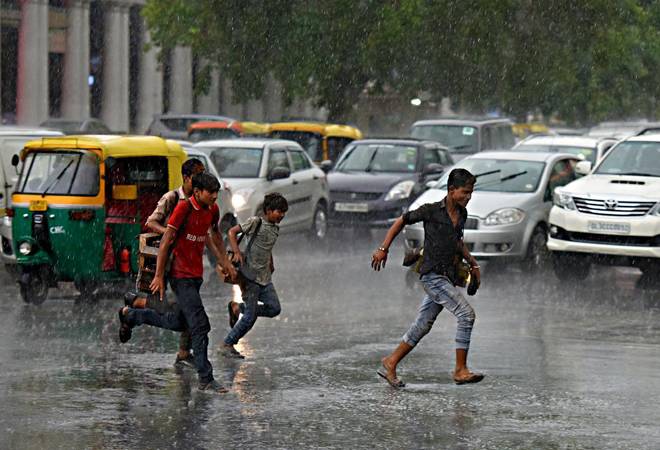 New Delhi : The havoc of rain is being seen in many states of the country. At the same time, the Meteorological Department has predicted heavy rains till August 1 in North India including Haryana, Delhi, Punjab. A cloud burst in Himachal Pradesh’s Kullu on Thursday, injuring 6 people.

On the other hand, many districts in Jammu and Kashmir received heavy rains on Thursday, due to which the Chenab river in Akhnoor is flowing above the danger mark. The local administration has prohibited people from going near the river.

Along with this, schools have been closed in view of the danger due to heavy rains in Jammu and Kashmir’s Kishtwar. Apart from this, the desert which yearns for water throughout the year is submerged today. Due to heavy rains, after the rain stopped in Jodhpur, Rajasthan, army personnel rescued people and took them to safer places.

The Meteorological Department has issued a warning of heavy rain in the southern states of Tamil Nadu, Puducherry, South Karnataka, Kerala, Mahe, Karaikal. Apart from this, light to moderate rain is expected in Arunachal Pradesh, Assam, Meghalaya, West Bengal, Sikkim, Nagaland, Manipur, Mizoram and Tripura for the next 5 days.

It has rained in almost all the districts of Bihar, giving respite to the people from the scorching heat and scorching heat. At the same time, the Meteorological Department has issued an alert of heavy rain in many areas of the state including Patna till July 31.

The Meteorological Department has issued a rain alert in 54 districts of Uttar Pradesh for the next three days. According to media reports, the state has received less than 55% rainfall since June 1. Along with this, 33 districts of the state have received 70% rainfall than normal.