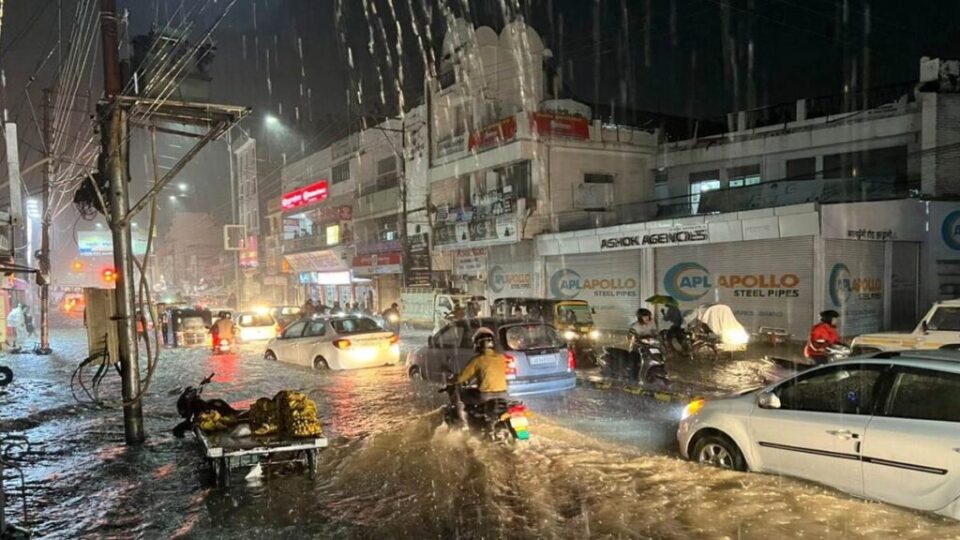 Haldwani : Rain continues in Uttarakhand since July 26. The incessant rains, especially in the hilly districts, have disturbed the life of the people. At the same time, the Meteorological Department has issued an alert of heavy rain across the state for the next five days. Director of State Meteorological Center Bikram Singh said that there is a possibility of heavy rain for the next five days.

In such a situation, with increasing risk of landslides, the water level of rivers and streams may increase. So people should be very careful. Tourists should also avoid going to the sensitive area in view of the monsoon. July is on the way to farewell. The Meteorological Department has predicted heavy rains by the end of July. Heavy rains are occurring in three districts of Kumaon division.

On July 30 and 31, a red alert has been issued for heavy rainfall in Champawat, Nainital and Bageshwar districts. In the hilly areas, an alert has been made regarding landslides in sensitive areas and waterlogging in low-lying areas.

The weather was clear in Haldwani on Thursday morning. The sun was shining. Cloudy guard during the day and drizzle of rain in the late evening. 58 mm of rain was recorded in two and a half hours from 6:45 pm to sixty eight in the evening. Due to heavy rains, waterlogging occurred at many places including Nainital Road, Nawabi Road.

People had gone towards the market in the evening. In such a situation, people had to face trouble due to continuous rain for two and a half hours. Due to overflow of canal water due to heavy rain, the railing of Shaheed Park near Awaaz Vikas broke down. Rain continues in frontier Pithoragarh. There was heavy rain in Didihat and Berinag tehsil areas.

The Tawaghat-Lipulekh road leading to the China border has been closed for three days. The Sobla road opened for traffic after being closed for a few hours. A truck full of gas cylinders was stuck from Wednesday evening on Thursday morning due to damage to the road near Kalamuni in Thal-Munsiyari road. A villager’s house was severely damaged due to rain in Limataur of Kanalichina.