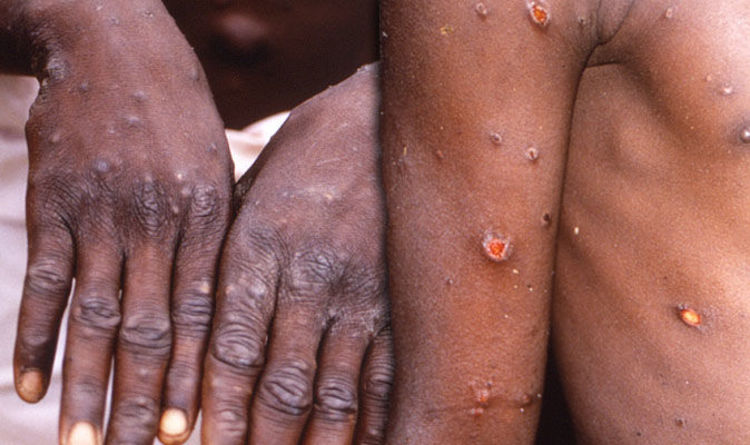 The World Health Organization (WHO) called an emergency meeting on May 21 to discuss the recent outbreak of monkeypox. According to the report, the WHO Committee meeting to discuss this issue is the Strategic and Technical Advisory Group on Infectious Threats with Epidemic and Potential Epidemic (STAG-IH) which focuses on infection risks that threaten global health. gives advice. Monkeypox is a viral infection that has been observed in West and Central Africa for a long time.

Most of the people in whom it has come to the fore are homosexual men. But scientists monitoring several outbreaks of monkeypox in Africa say they are baffled by the recent spread of the disease in Europe and North America.

However, this WHO group will not be responsible for deciding whether the outbreak should be declared a public health emergency, which is the WHO’s highest alert and currently applies to the COVID-19 pandemic.

After this meeting of the World Health Organization, let us now explain what we know about monkeypox so far….

1. – The first European case of monkeypox was confirmed on 7 May in a man who returned from Nigeria to England. Since then, more than 100 cases have been confirmed outside Africa, according to an academic tracker from the University of Oxford. Most of these are in Europe.

2.- Nine more cases were detected in Portugal on Friday, taking the total cases here to 23.

3 – Spain reported 24 new cases on Friday, mainly in Madrid, where the regional government has locked down areas linked to most infections. More than 20 cases have also been reported in Spain’s second largest city, Lisbon.

4 – Many cases of infection not linked to travel to the African continent. As a result, the cause of the outbreak is unclear, although health officials have said there could potentially be some degree of community spread.

So far, cases have been reported in the EUROOM in at least nine countries, including Belgium, France, Germany, Italy, the Netherlands, Portugal, Spain, Sweden and the United Kingdom, as well as the United States, Canada and Australia. Germany described it as the biggest outbreak in Europe so far.

6 – There is no specific vaccine for monkeypox, but data shows that according to WHO, vaccines used to eradicate smallpox are up to 85% effective against monkeypox.

7 – British officials said they have offered smallpox vaccine to some health workers and others who may have been exposed to monkeypox. Britain’s Health Minister has also made a tweet asking for its vaccine.

8 – According to reports received so far, most cases of monkeypox are being detected through sexual health services and in men who have sex with men. Widespread spread throughout Europe and beyond suggests that transmission may have been going on for some time.

9 – In the UK, where there are now more than 20 confirmed cases, the UK’s Health Protection Agency said recent cases in the country were mainly among men who were gay, bisexual or who have had sex with men identified themselves as men.

10 – Union Health Minister Mansukh Mandaviya has directed the National Center for Disease Control and ICMR to keep a close watch on the situation. All the people coming from outside, having symptoms of the disease, have been asked to immediately take their samples and send them to the National Institute of Virology for testing.

The water of 60 big dams out of 140 in the country decreased, three dams in Rajasthan too

In the Chardham Yatra review meeting, how did Minister Maharaj screw up the officials