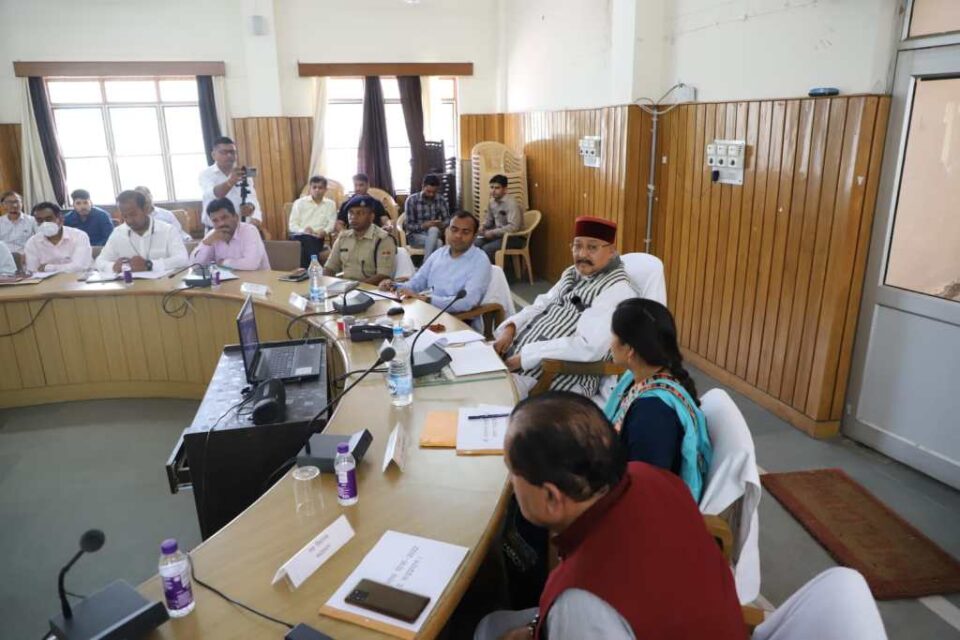 Rudraprayag (Uttarakhand) : Tourism Minister Satpal Maharaj directed the officials of the Health Department to provide quick first aid to the pilgrims on the Yatra routes. On Saturday, at Rudraprayag district headquarters, Tourism Minister Shri Satpal Maharaj, while holding a review meeting with all the officers of the district in view of the Chardham Yatra, gave necessary directions to the officers of the concerned departments and instructed that all the officers should pick up their phones if due to any reason. If not able to pick up then call back on the relevant number. Action will be taken if the pilgrims face any kind of inconvenience.

Tourism Minister Satpal Maharaj said that the Kovid epidemic has affected the human lungs the most. In such a situation, keeping in mind the safety of the pilgrims, arrangements for oxygen and treatment should be ensured in the travel routes. He requested the travelers coming on Chardham Yatra to get their advice apart from getting a doctor checked before going on the Yatra. The tourism minister also took seriously the death of horses and mules on the Char Dham routes. Giving instructions to the Animal Husbandry Department, he said that horses and mules should be given proper rest and fodder. At the same time, he directed the officers to fix the accountability on the owners of the horses and mules for the deaths.

The Tourism Minister said that the Char Dham Yatra has entered its peak phase. In such a situation, every officer of the department concerned should pick up the phone and if he is not in a position to take the call, he has to call back. He suggested giving priority to the arrival of pilgrims who have already made hotel and other bookings for Chardham. He also categorically said that the pilgrims should be stopped at the first stop instead of stopping in the middle of the journey to avoid any inconvenience during the journey. Apart from this, after talking to the Secretary of the Public Works Department over phone, he directed that adequate number of JEs and other officers should be posted on Kedarnath Yatra routes. He directed to complete the work of alternate routes and under-construction bridges on the Yatra route as soon as possible.

Tourism Minister Satpal Maharaj spoke to Tourism Secretary Dilip Jawalkar, who was involved in the meeting through online medium, and gave instructions to make the registration process effective. So that along with the registration of the pilgrims, other information can also be received in the message. Apart from this, he also directed to build tin sheds for the pilgrims on the yatra trek and around the Kedarnath temple at the earliest. Due to which the devotees will not have to face any problem during the rainy season.

The Tourism Minister directed the officials to solve the problems faced by the pilgrims in providing ambulance service to take the dead bodies to their families after the death of the pilgrims. He also stressed on taking special care of cleanliness on the travel routes.

Important disclosure in WHO emergency meeting on monkeypox ; More than 100 cases confirmed in Europe so far, know 10 updates

Sensation after finding dead body of woman in Nainijheel