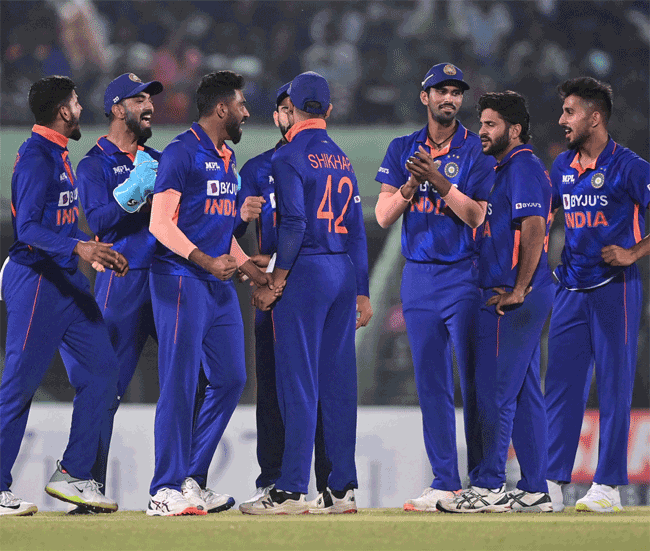 Many important decisions were taken in the BCCI review meeting regarding the T20 World Cup defeat and preparations for the 2023 World Cup. In the presence of coach Rahul Dravid and captain Rohit Sharma, the BCCI has shortlisted 20 key players for the World Cup to be hosted by India. These will be the players who will be rotated for workload management before the World Cup. However, who will be those 20 players? Nothing has been said about this. At the same time, well-known commentator Harsha Bhogle has welcomed this decision of BCCI. Also, he has shared a list of 21 possible players, who can be a part of the BCCI shortlist. At the same time, many important players can also be out of IPL.

On the first day of the year 2023, many issues were reviewed by the BCCI held in Mumbai and many recommendations were also made for the team. One of the highlights of the meeting was the news that the board has shortlisted twenty names for the World Cup to be held in India this year. BCCI will rotate these 20 names till the start of the mega event. Although the board did not announce these twenty names, but after the news came out, cricket pundits and fans started posting their favorite twenty names on social media, making their own guesses.

Apart from this, he has included 2 more names. It has Rajat Patidar and fast bowler Umran Malik. Many important issues were also discussed in this meeting which lasted for more than 3 hours. It was discussed that the workload of the players and priority in international cricket and bilateral cricket series will also be decided.

BCCI may ask important players to withdraw from IPL

In a meeting of the BCCI held on Sunday in Mumbai to review the T20 World Cup and road matches of the Fifty-Fifty World to be played this year, a decision has been taken to save the players from injury before the World Cup. According to sources, top players may also be asked to opt out of the upcoming IPL. The board has made it clear that it wants the players to have minimum injuries and their full focus should be on the ICC tournament.

Please tell that the Indian team is going to play 35 ODIs within this year. It is going to start with the ODI series at home with Sri Lanka starting on January 3. When there are so many matches to be played and the priority has also been to keep the players fit. This is the reason why it will now be mandatory for budding players to pass Yo-Yo and Dexa test for selection.

Can take break from IPL

According to sources, the big thing in the meeting was that now the board has clearly told the players that if they want, they can take a break from IPL matches. He will not be given rest from Team India matches. Keeping all these things in mind, some recommendations have also been made in the meeting, but it has been decided to implement them as soon as possible.

Take a look at the recommendations

1. Budding players need to have played enough domestic cricket before staking their claim for selection for Team India. Apart from this, now Yo-Yo Test and Dex Test will be an important criteria for selection in the team and they will have to meet this and these tests will be applied to all the players included in the Central Pool.

2. The NCA (National Cricket Academy) will work closely with the franchises to monitor Indian players playing in the IPL, keeping in view the FTP (Future Tour Programme) and preparations for the World Cup this year. This test was started when Virat Kohli was the captain of the Indian team. In this, 16.1 score was necessary to pass first, which was later reduced to 16.5.

3. Players can take a break from IPL, but there will be no rest or break from Team India matches.