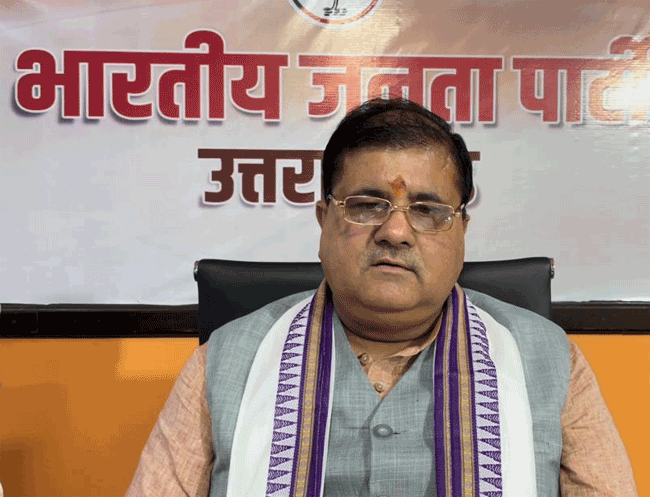 Uttarakhand BJP state president Mahendra Bhatt has welcomed the cabinet decision authorizing the Chief Minister to bring an ordinance regarding women’s reservation. He expressed hope that soon CM Pushkar Singh Dhami will remove all the technical hurdles of a special grace petition in the Supreme Court through an ordinance. He assured the people of the state that the government is determined to give full rights to the reservation in government jobs to half the population of the state. Apart from this, as the first step towards ending the revenue system, the establishment of new police stations and outposts, creation of 143 new posts in the education department, promotion of police constables to the posts of ASI, increase in grant in horticulture to 75 percent, Atal Dhami has expressed happiness over all the decisions of the cabinet including an increase in the income limit of the beneficiaries of the housing scheme.

Bhatt said that the BJP in its election vision paper is committed to ensuring the right of women to 30 percent horizontal reservation in government jobs. Expressing happiness over the decision of the Dhami cabinet to hand over the power to the Chief Minister to bring an ordinance on this subject today, he called it respect for public sentiments. He said that the intention of the government is very clear that while taking a stand in the Supreme Court, there should not be any technical flaws on this subject. (news continues, see next paragraph)

Apart from this, he increased the accident insurance of GST registered traders from 5 lakh to 10 lakh, increased the subsidy in the Anti Hellnet scheme in horticulture to 75 percent from the additional state grant of the Center, and the beneficiary income limit by running the Atal Awas Yojana on the lines of PM Awas Yojana. increase to 48 thousand, road transport, accident fund from 1 lakh to two lakh, reduce the time limit of absence from 60 to 30 days to connect more and more children to school education, 143 for special education in education department The decisions taken in all other cabinets like the creation of new posts, additional outsourcing agency to skill and employment department have also been welcomed.