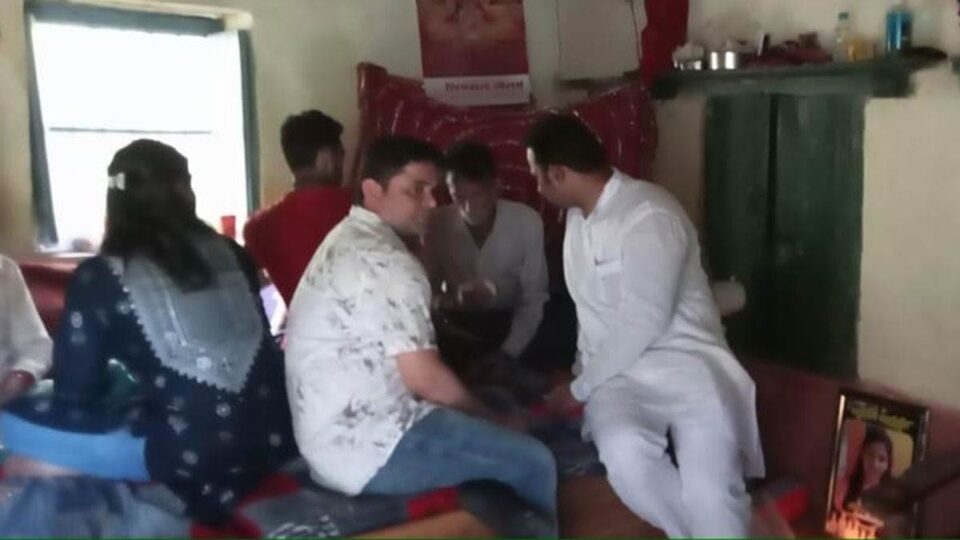 Rishikesh: While Ankita’s family has lost her daughter on the one hand, Ankita’s parents are hurt by the inappropriate remarks being made by the people, some people are accusing them of cremating the daughter by taking money. At the same time, a complaint was lodged against an RSS leader in three police stations in Rishikesh and effigies were burnt in Rishikesh for his misbehavior on the Internet media. Since then, many nonsense things are being made about him.

Some people have accused him of cremating the daughter by taking money. He said that we never demanded compensation from the government. Only those who came in his support made such demands and they do not even know who gave what assurance. He said that our only and only demand is that the killers of Ankita should be hanged at the earliest. He said that daughter Ankita was his promising daughter, who was killed by the killers. Son Ajay is promising, he is completely confident about his future. So to say that we have made any settlement on Ankita’s death is completely baseless. Ankita’s brother Ajay said that the way he is being maligned on internet media is condemnable. He said that he has fought the battle so far to get justice for Ankita with the cooperation of the media and the public. But, such people are trying to influence Ankita’s fight for justice by spreading misconceptions. Local citizens are furious due to the indecent remarks made on the Internet media by Vipin Karnwal, associated with Rashtriya Swayamsevak Sangh, regarding the Ankita Bhandari murder case.

By demonstrating in front of the Kotwali, the citizens demanded action against the said person by giving a complaint. A complaint has also been made in this regard at the Raiwala police station. In this case, Congress also burnt effigies of RSS in Munikireti and Rishikesh. Raiwala resident Vipin Karnwal made indecent remarks against Ankita Bhandari and her family on internet media, in protest against which local citizens protested in Kotwali and demanded action against the accused. . In this case, a screenshot of the comment made on the Facebook page has also been provided on behalf of Jitendra Pal Pathi, resident of Bankhandi Rishikesh, after giving a complaint to Inspector-in-Charge, Kotwali Rishikesh. Along with this, there has also been an allegation of encroachment on government property. During this, school students also came and demonstrated in Kotwali. After this, the protesters burnt the effigy of the RSS in Doon Tiraha. Among those who demonstrated were Sudhir Rai, Sarojini Thapliyal, Madhu Joshi, Deepak Jatav, Councilor Rakesh Singh Mian, Devendra Prajapati, Manish Sharma, Jagat Singh Negi etc.

In Raiwala also, members of various organizations reached the police station and informed the police against the said person. Demanded action by giving complaint letter. On the other hand, Congress workers in Munikireti protested by burning an effigy of the RSS. District President Uttam Singh Chouhan said that today the entire Uttarakhand is burning with this heinous crime, there is anger in the mind of every Uttarakhandi and he is demanding capital punishment to the criminals at the earliest. In such a situation, this statement of the RSS leader is condemnable. City president Mahavir Kharola, executive city president Ajay Ramola, Dinesh Saklani, Ajay Ramola, Dinesh Bhatt, Anil Rawat, Ashish Srivastava, Vicky Prajapati, Dharam Joshi, Sarvendra Kandiyal were among those who burnt the effigy.