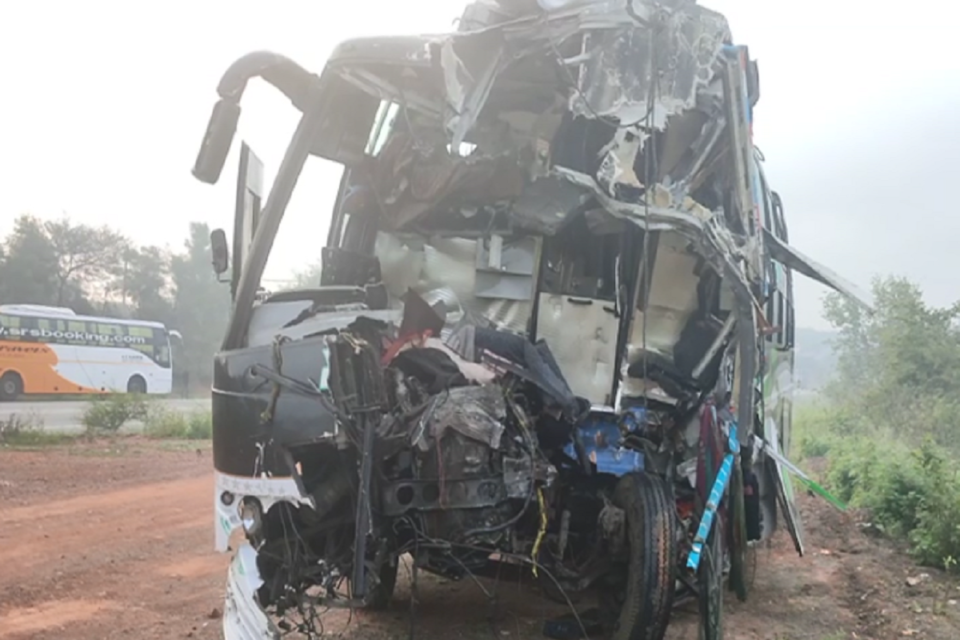 Karnataka : An accident has been reported from the South Indian state of Karnataka. According to the information, a major accident took place in Hubli district of Karnataka last night. So far 7 people have died in this accident, while 26 people are injured.

Many of the injured are in critical condition. who are being treated. It was told about the accident that there was a direct collision between a passenger bus and a lorry last night. The collision was so strong that both the vehicles were badly damaged.

Local police said that the accident happened late on Monday night. It is said that the passenger bus was going from Kolhapur to Bangalore.

A head-on collision took place between a passenger bus and a lorry while trying to overtake a tractor at around 12.30 pm. The accident was so severe that the front face of both the vehicles was badly damaged.

Due to the late night incident, the injured also faced difficulties in reaching the hospital on time. The police reached the information of the local people and took the help of other people and took the injured to the hospital. It was told that the driver of both the vehicles died on the spot. His body was also trapped on his seat. Which could be pulled out after a lot of effort.

Let us tell you that two days ago also a big accident happened in the state. In which 7 people were killed when a car full of processions collided with a tree.

Police have sent the bodies for post-mortem. The injured have been admitted to KIMS Hospital, Hubli. The dead have not yet been identified. But it is being speculated that the deceased may be from Kolhapur district of Maharashtra. Because the passenger bus was going from there to Bangalore. Police are trying to identify the dead and injured and inform their families.