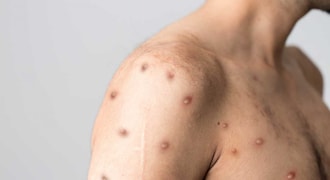 New Delhi : The war against Corona virus is still going on. Meanwhile, another disease in the country has raised the concern of the central and state government. This disease is monkey pox. This disease, which has spread to other countries, is now spreading in India.

Another suspected case of monkey pox has come to light in the national capital Delhi. The patient has been admitted to LNJP Hospital. It is being told that the person has symptoms of the virus like skin rashes and high fever. The patient’s sample has been sent for examination. But another issue has raised concerns. The report of the investigation of the second suspected patient of monkey pox who came to the fore in Delhi has not come out yet, but it is feared that his symptoms completely match the monkey pox disease.

Three cases have been found in Kerala

So far, three out of five cases of monkeypox in the country have been reported in Kerala. Another case infected with this virus has been found in Telangana. The sample of this patient has been sent to the lab in Pune. While two cases have also been reported in Delhi, although the second case is suspicious.

Person who returned after traveling abroad

Talking about the second suspected patient of monkeypox found in Delhi, according to the information received, he has returned after traveling abroad. The patient’s sample has been sent to the National Institute of Virology, Pune.

The special thing is that the person who came in contact with this person has complained of pain in the body, since then these people are also under observation. If more symptoms related to monkeypox are seen, then this person will also be admitted to LNJP.

Health Ministry issues alert to all states
In the midst of increasing cases of monkeypox, the government has also come under threat. An alert has been issued by the Ministry of Health to all the states. Orders have been given for immediate isolation and investigation of any kind of suspect.

Those passengers coming from abroad in Delhi, who have symptoms of monkeypox infection, are directed to be sent directly from IGI airport to Loknayak Jai Prakash Narayan Hospital.

On the other hand, the Health Department has issued advisory to all the civil surgeons of the state including Ranchi and instructed to identify the suspects in the OPD in Jharkhand.

It has been said in the advisory that the suspects should be identified with monkeypox through active surveillance in the OPD clinics of medical colleges and district hospitals.

Similarly, the Uttarakhand government has issued advisory regarding dengue and monkeypox. In this, it has been advised to keep an eye on such people, who are reaching Uttarakhand from Kerala or affected countries.