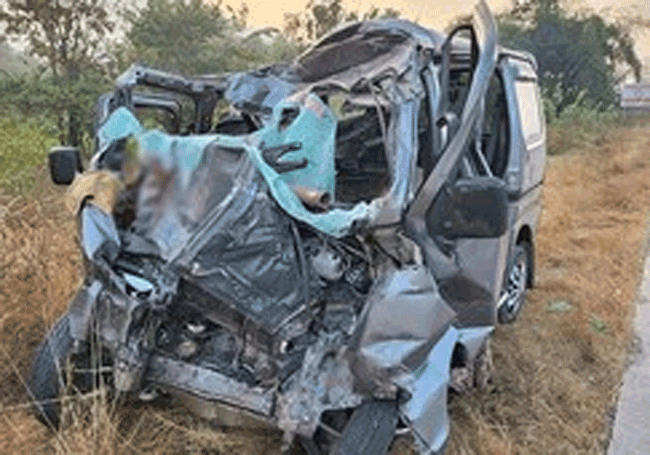 According to Goregaon police station, a truck MH 43 U 7119 going from Lote MIDC to Mumbai and an eco car (MH 48 BT 8673) going from Mumbai to Guhagar in Ratnagiri district collided head-on in the morning near Repoli. The impact of the collision was so strong that the eco car was blown apart and the passengers sitting in it were killed. SP Somnath Gharge of Raigarh district said that 9 people including 5 men, 3 women and a girl have died in this accident.
At the same time, the police officer told that a small boy is injured, who has been sent to Mangaon sub-district hospital for treatment. Traffic on the highway has now been restored and the incident is being investigated. The cause of the accident could not be ascertained. Prima facie, lack of divider between the road and fog is believed to be the cause of the accident.