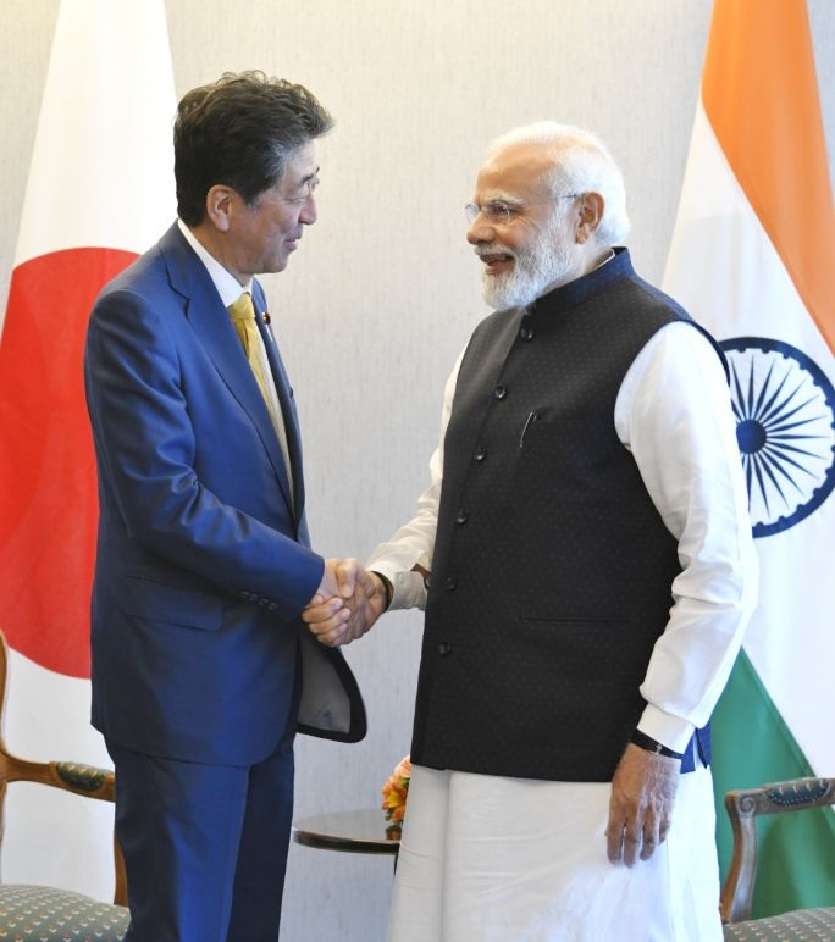 Former Japanese Prime Minister Shinzo Abe died on Friday. Abe was attacked only this morning. The attack happened when Shinzo Abe was giving a speech in the city of Nara. Here the attacker standing behind Shinzo Abe fired two shots, after which he fell to the ground. The suspected attacker was apprehended from the spot. Kyodo News Agency reported that Abe was hit by a gunshot wound to the right side of his neck, causing internal bleeding in his chest. The police arrested the suspected attacker on the spot.

Shinzo Abe – an outstanding leader of Japan, a great global statesman and a great champion of Indo-Japanese friendship – is no more with us. Japan and the world have lost a great visionary. And, I have lost a dear friend.

I met him for the first time in 2007 during my visit to Japan as the Chief Minister of Gujarat. From that very first meeting, our friendship transcended the web of office and the shackles of official protocol.

Our visit to Toji Temple in Kyoto, our train journey on Shinkansen, our visit to Sabarmati Ashram in Ahmedabad, Ganga Aarti in Kashi, elaborate tea ceremony in Tokyo, our list of memorable conversations is really long.

And, I will always cherish the wonderful honor of being invited to his family home in Yamanashi Prefecture, at the foot of Mount Fuji.

Even when he was not Prime Minister of Japan between 2007 and 2012, and as recently as 2020, our personal bond remains as strong as ever.

Every meeting with Abe San was intellectually stimulating. He was always full of new ideas and invaluable insights on governance, economy, culture, foreign policy and various other subjects.

His lawyer inspired me in my financial options for Gujarat. And, their support was instrumental in building Gujarat’s vibrant partnership with Japan.

Later, it was my privilege to work with him to bring about an unprecedented transformation in the strategic partnership between India and Japan. From a largely narrow, bilateral economic relationship, Abe San helped transform it into a broad, comprehensive relationship that not only covered every area of ​​national endeavour, but became vital to the security of both our countries and the region. . For him, it was one of the most consequential relations for both our countries and the peoples of the world. He was determined to pursue a civil nuclear deal with India – one of the toughest for his country – and decisive in offering the most generous terms for high-speed rail in India. As one of the most important milestones in the journey of independent India, he ensured that New India was alongside Japan as accelerating its development.

He was awarded the prestigious Padma Vibhushan in 2021 for his contribution to India-Japan relations. Abe San had a keen insight into the complex and many changes taking place in the world, the vision to be ahead of his time to see its impact on politics, society, economy and international relations, the knowledge of making choices that had to be made, The ability to make clear and bold decisions even in the face of conventions and a rare ability to take his people and the world with him. His far-reaching policies – Abenomics – reinvented the Japanese economy and re-ignited the spirit of innovation and entrepreneurship of his people.

Among his greatest gifts to us and his most enduring legacy, and to which the world will forever be indebted, is his foresight to recognize the changing tides and gather together the storm of our times, and his leadership in responding to it. Long before others, he, in his seminal speech to the Indian Parliament in 2007, laid the groundwork for the emergence of the Indo-Pacific region as a contemporary political, strategic and economic reality – a region that will also shape the world in this century.

And, he took the lead in building a framework and architecture for his stable and secure, peaceful and prosperous future, based on the values ​​he deeply nurtured – respect for sovereignty and territorial integrity, international law and regulations. the observance of, the peaceful conduct of the International. Ties in the spirit of equality and shared prosperity through deep economic engagement. 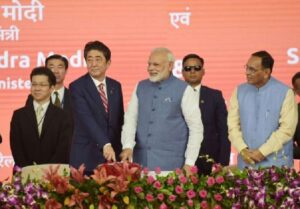 Quad, the ASEAN-led forum, the Indo Pacific Ocean Initiative, the Asia-Africa Growth Corridor and the Coalition for Disaster Resilient Infrastructure all benefited from their contributions. Quietly and without fanfare, and overcoming hesitation at home and suspicion abroad, he turned to Japan’s strategic partnership, including defence, connectivity, infrastructure and stability, throughout the Indo-Pacific. For him, the region is more optimistic about its fate and the world is more confident about its future. 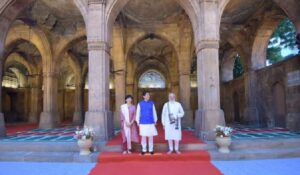 During my visit to Japan in May this year, I had the opportunity to meet Abe San, who had just taken over as the President of the Japan-India Association. He was in his usual self-energetic, captivating, charismatic and very funny. He had innovative ideas on how to further strengthen India-Japan friendship. That day when I said goodbye to him, I did not even think that this would be our last meeting. 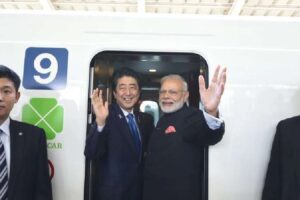 I will forever be indebted to his warmth and wisdom, grace and generosity, friendship and guidance, and I will miss him dearly.

We in India mourn his passing, as he embraced us with an open heart. He died doing what he loved most – inspiring his people. His life may have been tragically cut short, but his legacy will live on forever.

Amarnath Cloudburst: Death of two devotees of Rajasthan, many missing including businessman