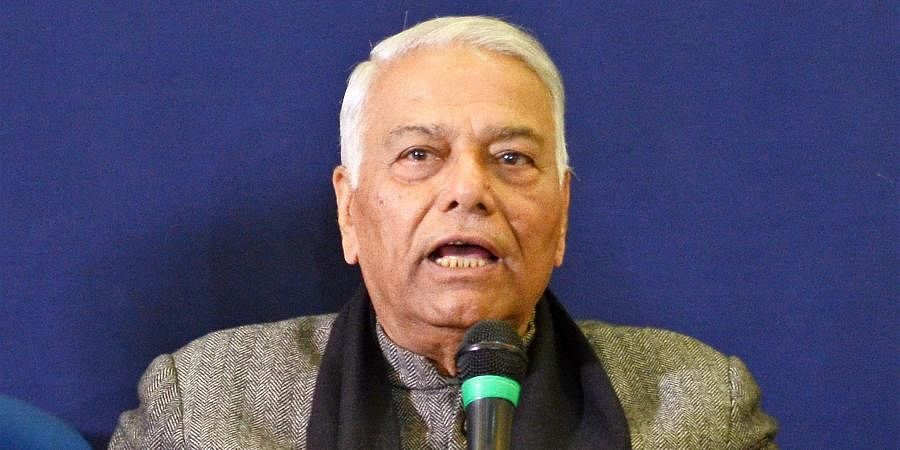 New Delhi : Yashwant Sinha, the presidential candidate of opposition parties, is going to file his nomination in New Delhi today. Sinha, a former Union minister, was chosen as the consensus candidate in the United Opposition at a meeting on June 21 for the upcoming elections. The 84-year-old leader will file his nomination for the presidential election at 11.30 am on Monday.

Constitution and democracy in danger

Yashwant Sinha said before the nomination that this election is against the authoritarian policies. We all have to come together to protect this country. Attacking the Modi government, he said that today our constitution and democracy are in danger because of the government. Sinha last week promised that if he wins the presidential election, he will raise his voice for farmers, workers, unemployed youth, women and marginalized sections.

Sinha was the finance minister in the Vajpayee government.

Yashwant Sinha served as the Union Finance Minister (FM) under PM Chandrashekhar from 1990 to 1991. He again served as FM from March 1998 to July 2002 under the National Democratic Alliance government led by Atal Bihari Vajpayee. Sinha also served as the Minister of External Affairs from July 2002 to May 2004.

Left BJP party in 2018
Congress leader Jairam Ramesh said on June 21 that Sinha was unanimously chosen as the opposition’s common candidate for the presidential election. Sinha had joined TMC last year and was later made the party’s vice-president. He left the Bharatiya Janata Party in 2018.