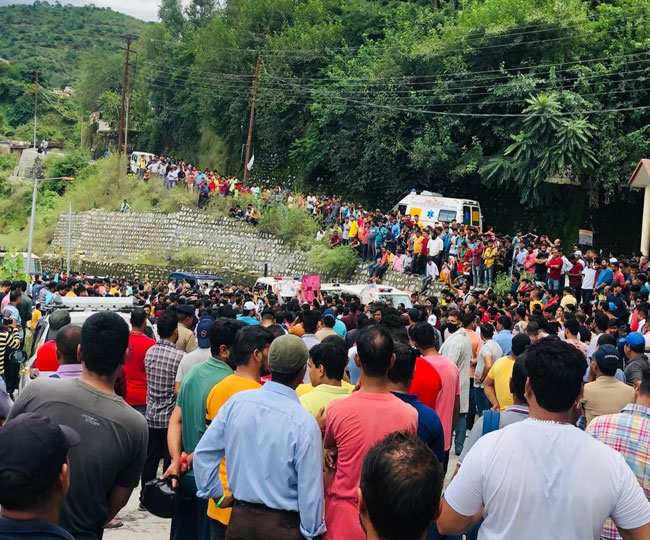 Srinagar Garhwal: Ankita Bhandari, the receptionist working at the resort located in Ganga Bhogpur, has to be bid farewell to her with teary eyes on Sunday. But his relatives have refused to perform the last rites. People say that the post mortem report should be made public first.

There is sorrow and anger among the people regarding the Ankita murder case. People blocked the Badrinath highway in Srinagar demanding that Ankita’s post-mortem report be made public. Ankita’s relatives have also said to perform the last rites only after receiving the post-mortem report.

Ankita’s body has been kept at the Srinagar mortuary for now. Talks are going on with the relatives of Deputy Collector Ajaybir Singh and the protesters regarding getting the last rites done. On the other hand, investigation is going on in the entire state regarding illegal and unregistered resorts.

At the same time, a large number of people reached for the demonstration in Srinagar. During this, the agitated public blocked the National Highway demanding that the post-mortem report of Ankita’s body be made public and the killers should be hanged. Angry people blocked the National Highway near the mortuary of the Medical College in Srinagar. Along with university students, businessmen and elders and a large number of women are also involved in the demonstration. Markets in Srinagar and Srikotganangali are also closed.

SIT in-charge PR Devi has told that he has called the personnel of the resort to the police station. We will record each one’s statement. We are analyzing the background of the resort. Ankita’s WhatsApp chats are also being investigated.