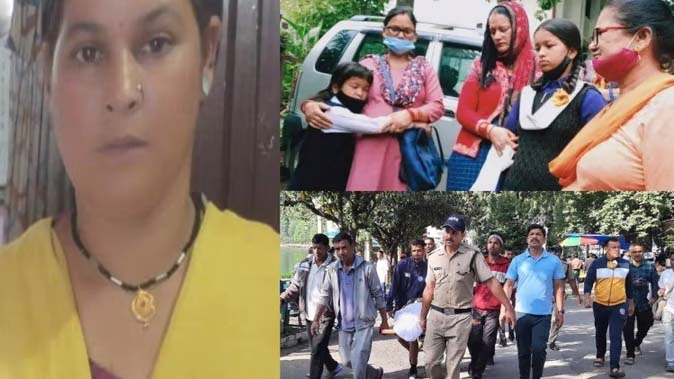 Nainital : Sensation spread after the woman’s body was found in Nainijheel. In the morning, people who went towards the cold road for morning walk saw the dead body of the woman in the lake. The information was given to Mallital police.

The police reached the spot, with the help of local people, took out the body of the woman and sent it for post-mortem. Kamala’s husband Kishan Giri is working as a gardener in the High Court Advocate General’s office. At the same time, Deepa Giri, the youngest of the three daughters, came into the discussion after doing yoga with PM Modi on International Yoga Day.

When she did not return till late night, her husband Kishan started looking for her, but no trace of Kamala was found. Here on Thursday morning, people saw Kamala’s dead body near the cold road on the morning walk. The information of which was given to Mallital police. SSI Deepak Bisht told that the body has been sent for post-mortem.