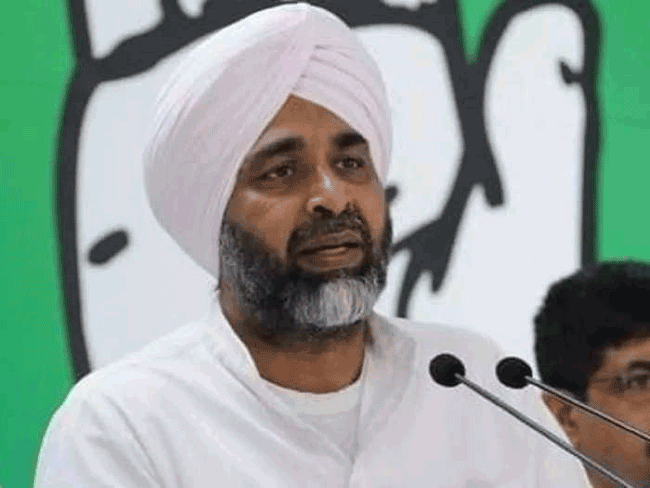 Manpreet Badal said in his resignation that whatever responsibility was given to me in the party and the government, I gave my all in fulfilling it. Thank you for giving me this opportunity and honor. Unfortunately, I no longer wish to be a part of the Indian National Congress due to the prevailing culture and neglectful attitude within the party.

Badal said that seven years ago, I had merged the People’s Party of Punjab with your party. I had taken this step with great hopes and aspirations that it would give me full opportunities to serve the people of Punjab and their interests to the best of my ability. This enthusiasm gradually waned, giving way to frustration and disillusionment.

Controversy since the defeat in the assembly elections
After the humiliating defeat in the Punjab assembly elections, there is a hue and cry in the Congress. After former state president Sunil Jakhar left the party, many big leaders are also in line to leave the Congress. After Sunil Jakhar, now former Finance Minister Manpreet Badal has also said goodbye to Congress. Manpreet Singh Badal is the nephew of former Punjab CM Parkash Singh Badal. In 2011, he broke away from Parkash Singh Badal’s Shiromani Akali Dal (SAD) and formed the Punjab People’s Party. Manpreet Badal had joined the Congress in 2016. He merged his Punjab People’s Party with the Congress.

About Manpreet Badal
Manpreet Singh Badal was born on 26 July 1962 in Muktsar, Punjab. His father Gurdas Singh Badal was the brother of former Punjab Chief Minister Parkash Singh Badal. Manpreet Badal holds a law degree from London. they have two children. Son’s name is Arjun Badal and daughter’s name is Riya Badal.
Manpreet Singh Badal contested the by-election for the first time in 1995 from Gidderbaha. He had won this election. At that time there was Beant Singh’s government in Punjab. After this he was MLA from Gidderbaha in 1997, 2002 and 2007 also. From 2007 to 2010, Manpreet Badal served as the Finance Minister in Chief Minister Badal’s government. Manpreet Badal, who was the finance minister in Parkash Singh Badal’s government, had resigned due to a dispute with Sukhbir Badal. He left the Akali Dal and formed the People’s Party of Punjab in 2011. He got a lot of support in the initial phase but had to face a crushing defeat in the 2012 assembly elections.