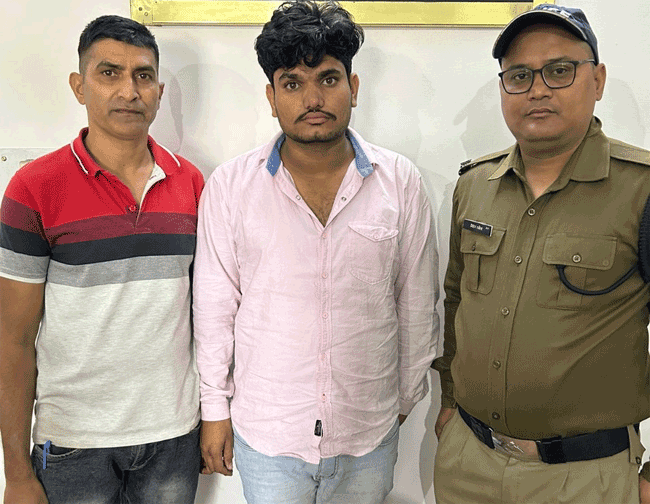 Your electricity connection will be disconnected tonight at 9 pm. Contact on this number or on this link. Every electricity consumer will get scared seeing such messages. Then in such a situation, many senders of messages can get trapped in the trap of fraudsters. The one who falls for the hoax, then understand that the amount deposited in his bank account is sure to be cleared. Now the Uttarakhand Police is also alert against such cyber criminals. Cybercrime Police Station Uttarakhand and STF arrested the mastermind of the 10 lakh fraud gang from Hisar Haryana in the name of depositing electricity bill in different corners of India. At the same time, while taking legal action, notice has been served to another accused and has claimed to have exposed a very big organized gang.

A complaint was received at the Cybercrime Police Station that Ravikant Upadhyay was duped by unknown people in the name of depositing electricity bills. The fraudsters obtained personal information by sending a link to the complainant after downloading the QUICK SUPPORT app. Then the amount of Rs 993994 was withdrawn from his account.

On investigation, it was found that the amount received from the complainant was transferred to IIFL Gold Loan Company Hisar Haryana. On this basis, the team was sent to Hisar Haryana. In this case, the police arrested one accused Kuldeep Vishnoi s/o Subhash Chand resident of village Kali Ravan post and tehsil Adampur police station Agrova district Hisar from Haryana. An iPhone Pro Max worth Rs 150,000 was recovered from him. Another accused Vishnu’s son Sarjit, a resident of village Siswal, police station Adampur, district Hisar, Haryana, was served a notice of Section 41(a) of the DPRS.

People are called by the accused from different numbers or told through messages that their electricity connection will be disconnected. The contact is asked to pay the electricity bill by pretending to be an officer of the electricity department. For this, a payment recharge of Rs.10 is asked to be done by downloading the QUICK SUPPORT app by sending a link on the mobile. Then they empty the bank account by getting access to the phone.