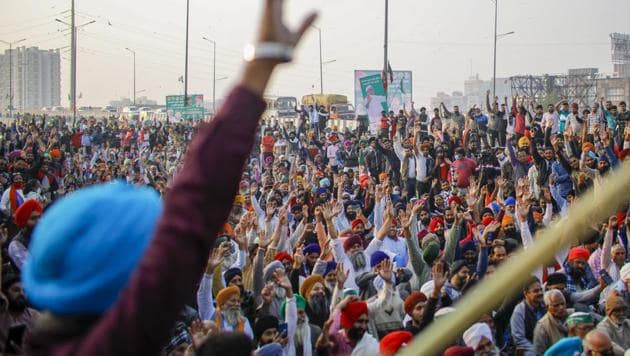 New Delhi : The Karauli violence case of Rajasthan has caught political momentum. By raising this issue vigorously, the state BJP is proceeding on a strategy to surround the Gehlot government all-round. This is the reason why BJP is now working towards making this episode not state level but national level. It can also be guessed from this that Rajasthan BJP is going to hold a press conference at the BJP headquarters in New Delhi regarding this matter.

A press conference has been held today at 12 noon at the BJP headquarters in New Delhi regarding the Karauli violence case. During this, the investigation team constituted by the state BJP will present the report of ‘fact finding’ before the media.

On April 1, in the CLG meeting, the police had received a warning that if the rally was taken out on this route, the results would not be good, then why was the warning ignored?

Why did the police not conduct a drone survey of the area before the rally?

The way the stone pelting took place, it is clear that the miscreants had already made preparations.

– The report has been prepared on the basis of interaction with local traders, common people

People say that the rally was going out peacefully, when dozens of people of a particular community started pelting stones.

– Many people also attacked with swords and sticks

– Police is not registering FIR of people till date

– SHO Rameshwar Dayal Meena himself has admitted that the rally was well planned.

Four videos were handed over to the police about the whole episode, which depicts the entire incident, but on the basis of these videos, investigation is not being done, even FIR is not being registered.

All of them had gone to the police and but the police did not even register an FIR. These traders even told the names of the people who robbed the shops, but no action was taken.