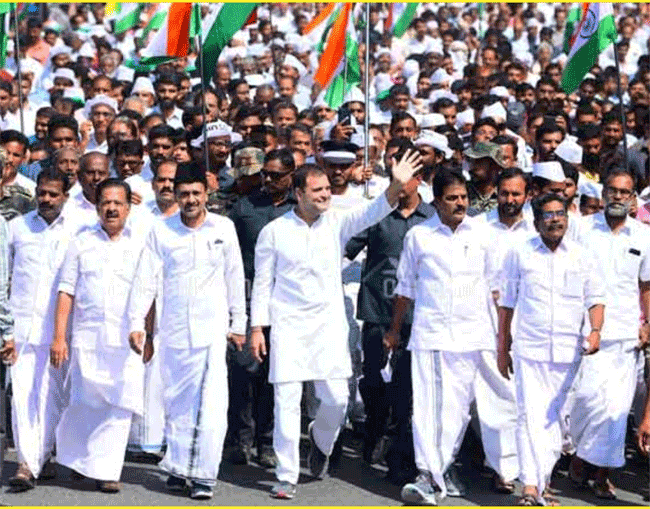 Under the leadership of former Congress President Rahul Gandhi, a three-day break has been put in the Bharat Jodi Yatra, which started from Kanyakumari in Tamil Nadu to Kashmir from September 7. The reason for this is Diwali festival. The yatra has been suspended for three days on the occasion of Diwali. Congress Communications Department head Jairam Ramesh said that most of the members of the passenger crew have gone to their homes on the occasion of Deepawali. Therefore, it was decided to postpone the yatra till Deepawali.

He told that Rahul Gandhi has also gone to Delhi on Diwali and he will be present at the function organized on 26 October to mark the coronation of the newly elected party president Mallikarjun Kharge. The yatra has been postponed till 26 October. Congress spokesperson said that on October 27, all the pedestrians will again join the Bharat Jodo Yatra. Rahul Gandhi will also join the Bharat Jodo Yatra again on 27 October.

The Bharat Jodo Yatra of the Congress began on September 7. Recently 1,000 kms of journey has been completed. Throughout the journey, Rahul Gandhi and his colleagues have been interacting with people and sharing special moments with them through different mediums. Sonia Gandhi also participated in this yatra in Mandya, Karnataka. It is being claimed in the Congress that new energy is being infused among the workers due to the yatra, which will prove to be a lifeline for the Congress in the coming times.