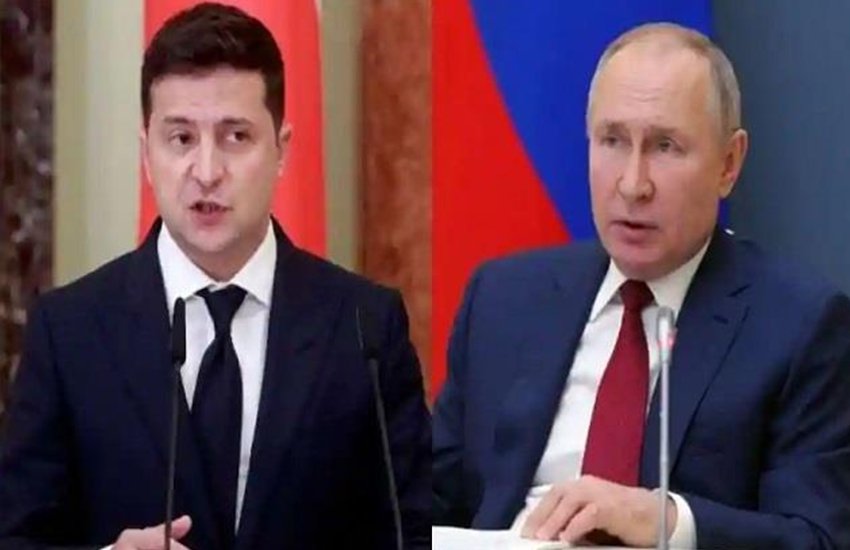 Ukraine : The war between Ukraine and Russia continues to this day. Since the way Russia has launched missile attacks on Ukraine in the last 52 days, many cities of Ukraine have been completely ruined. The ongoing war between the two is not taking the name of stopping.

Meanwhile, Ukrainian President Volodymyr Zelensky warned the world against Russia’s nuclear attack. He said the world “needs to prepare” for possible use of Russian nuclear weapons.

Volodymyr Zelensky issued a big warning about nuclear weapons, saying that people should start taking anti-radiation medicine. He expressed apprehension that Russia may use nuclear weapons to end the ongoing war with Ukraine.

Zelensky said that the question is not only of Ukraine but of the whole world. He referred to the death of his soldiers from the recently sunk Russian ship. After more than 50 days of fighting, Kyiv, the capital of Ukraine, remains under the control of the Zelensky government. Several major Ukrainian cities are still out of Russian occupation due to strong resistance. US officials have warned that Putin could use nuclear weapons in Ukraine if he weakens in this war.

Zelensky cautioned the world that, “Not just me, I think the whole world, all countries, have to be concerned, because this may not be real information, but it may be true.”

Zelensky said that, “We should think that we should not be afraid, but be prepared. But, this is not just for Ukraine, but for the whole world and I don’t think it is just about Ukraine.”

Speaking to CNN, Zelensky said that the Russian President thought of ending the war in just 5 days, but we are fighting for the last 50 days. At the same time, President Zelensky has no longer ruled out the possibility of using chemical weapons.

Benefits of curd : 5 big benefits of eating curd in summer, get relief in these diseases immediately