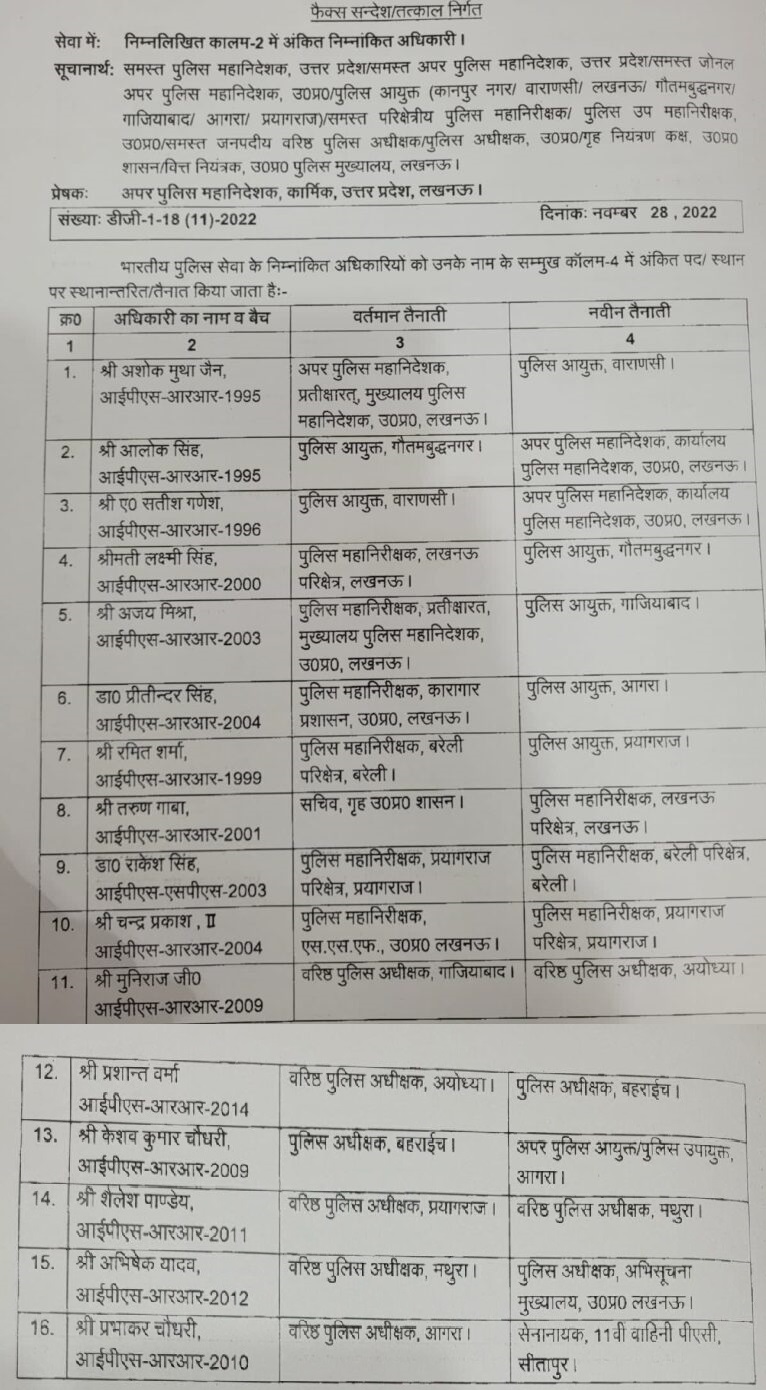 *Police commissioners were appointed in Ghaziabad, Agra and Prayagraj.

In Uttar Pradesh, Chief Minister Yogi Adityanath has once again transferred 16 IPS officers late on Monday night. The most important of these is that commissioners have also been posted in the three commissionerate districts created in the state in the past. The sudden transfer of 16 IPS officers is being linked to the upcoming municipal elections in UP. In these, along with the posting of police commissioners in the new police commissionerates set up in Agra, Ghaziabad and Prayagraj, new officers have also been posted in three ranges and three districts. On the other hand, the commissioners of Gautam Buddha Nagar and Varanasi have been changed. Laxmi Singh, IG, Lucknow Range, has been made the Commissioner of Police, Noida. Police Commissioners of Varanasi and Noida, A Satish Ganesh and Alok Singh respectively have been posted at Lucknow Police Headquarters.

100 companies of Britain together started “new initiative”, the employees were having fun, the pressure on Indian companies also increased