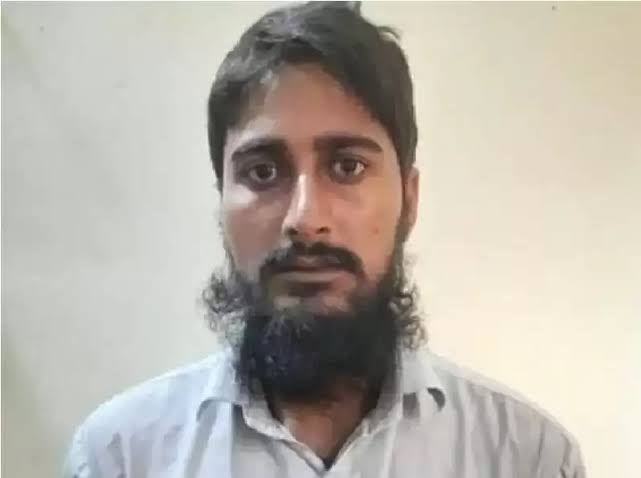 Dehradun / Saharanpur: The team of Uttar Pradesh ATS has arrested Nadeem, associated with the terrorist organization, from village Kunda Kala police station Gangoh district Saharanpur, after the arrest of this terrorist, Saharanpur district has once again come into the limelight, terrorist organization Jaish He was framed on behalf of -e-Mohammed to kill former BJP spokesperson Nupur Sharma, interrogated by ATS, Nadeem admitted to working closely with Jaish-e-Mohammed and Tehreek-e-Taliban terror outfits In this case, ATS says that Nadeem is associated with terrorist organizations of Pakistan. Nadeem was given the task of killing former BJP spokesperson Nupur Sharma.

Nadeem was earlier working in Dehradun, where he met a Kashmiri youth. According to the relatives of Nadeem, the terrorist caught by the ATS, Nadeem used to talk on the phone all night, but his family did not know with whom he used to talk, they told that Nadeem was active on WhatsApp and social media apart from phone calls. lived, it has been told by ATS that suspicious goods were found near Nadeem And Pakistan’s mobile numbers have also been recovered, if sources are to be believed, Nadeem wanted to run away to Pakistan after carrying out this massacre, but the activation of the ATS muted his intentions, Uttar Pradesh ATS received information from intelligence agencies.

According to this, there is continuous talk on the numbers of Pakistan from village Kunda Kala of Saharanpur, which ATS took seriously and on August 8, arrested two suspicious youths named Nadeem and Taimur in village Kunda of Gangoh area of ​​police station and took them to Lucknow. On interrogating them, many revelations were made, where Nadeem has admitted to having links with many terrorist organizations, while on the other hand he has also confessed to being involved in the conspiracy to kill former BJP spokesperson Nupur Sharma, according to the information received, Nafees’s father Nafees Told that originally he is a resident of village Tika Kala in Sarsawa area of ​​sand police station, he had no son, so he had called son-in-law Naseeb to stay with him, he told that his son Nadeem has studied till class 8.

But he has full knowledge of running mobile and internet, after leaving his job from Dehradun, he used to stay in mobile the whole time, but his family has no information about his relationship with terrorists, during interrogation, the river told ATS. Told that they have a kinship in Pakistan, one aunt of Nafees’s wife lives in Kharkhoda district of Pakistan and the other Nawab Shah Pind while Nafees’s aunt lives in Barkhi village of Kusoor, Pakistan, but Nafees and Taimur never visited them, UP ATS According to Nadeem used to talk on internet calls in Pakistan and not only was he taking training from terrorist organizations on the internet, it has been revealed in the ATS revelations that Nadeem went to Pakistan under the guise of kinship to take special training from terrorist organizations. Was in Firaaq This has been confirmed on a WhatsApp call,

Dettol School Hygiene Education Program will be run in 13,000 schools of the state.