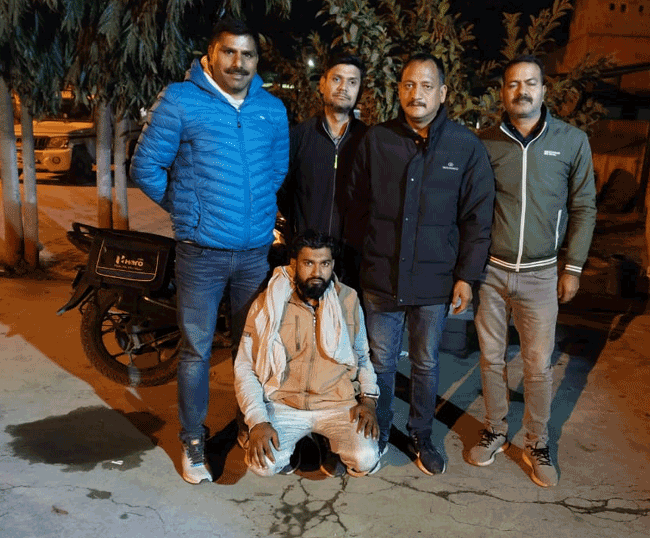 Uttarakhand STF nabbed the accused of four murders from Ghaziabad. The Haridwar police had declared a reward of ten thousand rupees on him. Under the direction of the Senior Superintendent of Police, STF, a campaign to nab the absconding criminals is being conducted. Under this, there was success in catching the absconding accused for two years.
STF Senior Superintendent of Police Ayush Aggarwal said that on December 14, the STF team received information that the accused Talib alias Tareef s/o Insar, resident of Khedi Khurd Laksar, who was involved in the quadruple murder case that took place on May 6, 2021 in Laksar police station of Haridwar district, was present. In course of time Dasna is living in Ghaziabad by changing its name. In order of this information, a team of STF reached the spot and arrested him.
He was accused of killing 4 people Zaheer Hasan, Mohammad Kaif, Sahjan Alam and Hussain Ahmed residents of Khedi Khurd in Khedi Khurd along with his accomplices. Accused Talib was continuously absconding since the incident. He was living in different places. These days of arrest he was driving JCB in Dasna, Ghaziabad. Haridwar’s Senior Superintendent of Police had announced a reward of Rs 10,000 on his arrest.