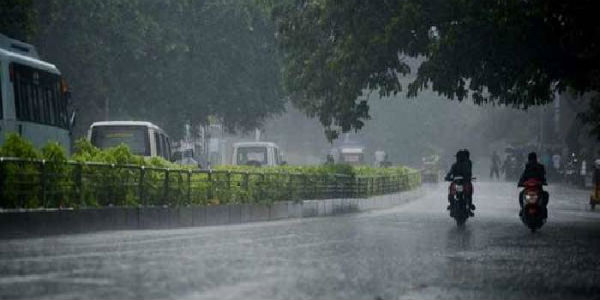 New Delhi : Now people are expected to get relief from the heat in the capital Delhi. The Indian Meteorological Department has predicted a change in the weather pattern in Delhi-NCR from Monday. From June 27, there will be cloudy sky in Delhi and its adjoining areas.

Along with this, light rain may also occur at some places. In fact, the speed of cyclonic winds is increasing. Soon the monsoon will also knock in Delhi-NCR with strong winds. The Meteorological Department has forecast rain in some areas of Delhi on Monday. In such a situation, the people of Delhi-NCR, who have been facing the scorching heat for the last few days, are expected to get a big relief.

The Meteorological Department said that there is a possibility of rain in many states of North India including Delhi in the next five days. Not only this, along with this rain can also occur in Goa, Karnataka, Maharashtra, West Bengal, Sikkim, Kerala and Gujarat.

In the capital Delhi, on the last day i.e. on Sunday, the sultry heat troubled the people a lot. Talking about the temperature, the mercury was also recorded above normal during this period.

Yellow alert issued
According to IMD, there will be a change in the weather from Monday and there will be partly cloudy sky in Delhi. Along with this, there is a possibility of light rain with thunder and lightning.

Now the prospects are looking like this, since Monday morning, many areas are cloudy. With this change in weather, a drop in temperature is also likely to be recorded.