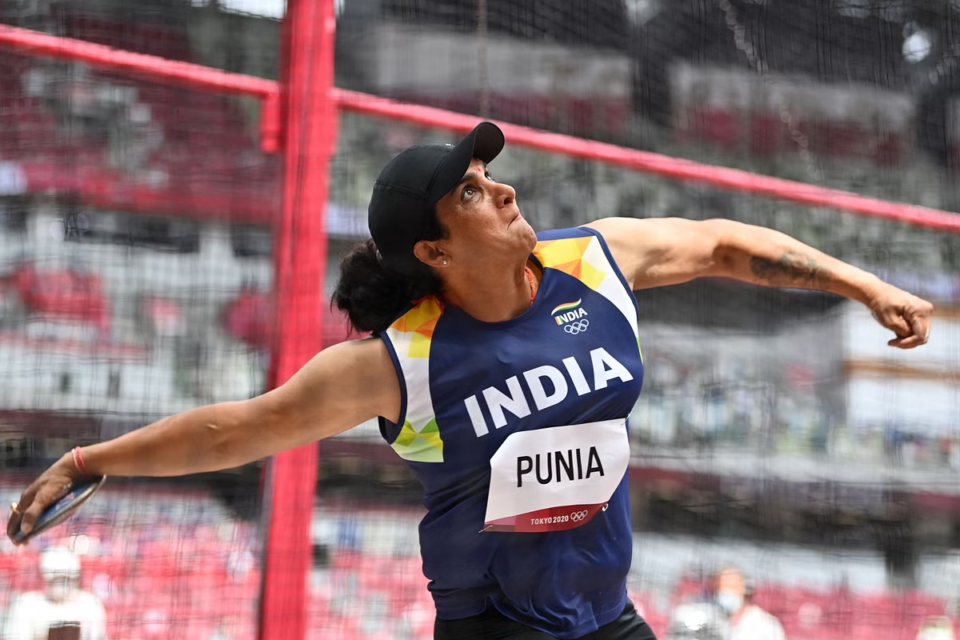 The Athletics Federation of India (AFI) has withdrawn the names of race walkers Bhawna Jat and Rahul Kumar along with discus thrower Seema Punia from the 2022 World Athletics Championships to be held in Oregon, USA from July 15 to 24.

The complete list of Indian athletes participating in the World Athletics Championships will be announced by the AFI on Thursday. The qualifying deadline for the match ended on Sunday.

The Tokyo Olympian limit breached the entry standard of 63.5 for Oregon 22 last June. The Asian Games gold medalist had thrown the discus to 63.72m at the National Inter-State Championships. Seema has been provisionally included in the Indian team for the Commonwealth Games 2022 to be held in Birmingham from 28 July to 8 August.

According to the AFI, he will have to deliver good results in the pre-CWG competitions to cement his place in the Indian Commonwealth Games. The Olympic.com report states that the AFI’s qualifying standard for the Commonwealth Games is 58 metres.

Meanwhile, race walker Bhawna Jat informed AFI that she wanted to skip the World Championships, as her training for the Commonwealth Games had resumed a few days back. She was set to compete in the women’s 20 km race walking event in the world.

Bhawna has been named in the 10km race walking event for the Indian CWG team, but her appearance or not is subject to fitness. Race walker Rahul Kumar, on the other hand, achieved the Oregon22 qualifying standard in February 2021. Rahul has not been included in the Indian team for the Commonwealth Games.